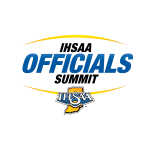 INDIANAPOLIS -- With the intent of enhancing communication with licensed officials, the Indiana High School Athletic Association will launch its inaugural Indiana Officials' Summit this weekend at Marian University in Indianapolis.

Officials from 21 associations around the state will be in attendance for the two-day event which begins with a golf outing at South Grove Golf Course on Saturday followed by a full day of meetings, workshops and discussion panels on Sunday. Registration begins Saturday at the golf outing and resumes Sunday at 7:30 a.m.

Fall sport rules interpretation meetings will be held in football, soccer and volleyball on Sunday morning and will be followed by the opening general session in which ArbiterSports CEO and 18th year NFL official Jeff Triplette will serve as the keynote speaker.

Workshops with regard to technology and insurance as it relates to independent contractors are also part of the agenda and will be available in both the morning and afternoon sessions.

A series of panels also will focus on communications between officials and coaches in various IHSAA sports while meetings among regional associations are designed to share and discuss training practices.

The weekend will wrap up with a banquet and award ceremony where several officials will be recognized for their service to Indiana high school sports.