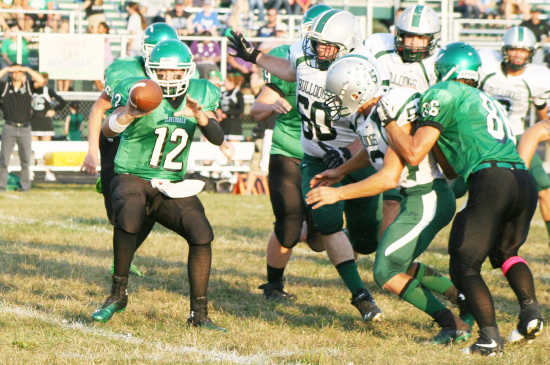 Clearly, the bad outweighed the good for the Clovers (0-3, 0-1 WCC), but it was not a game that sent them walking off the field without signs progress.

Cloverdale alternated senior Mark Osmialowski and freshman Duke Duff and they both showed they can throw the ball accurately under pressure. Osmialowski completed four-of-six passes for 90 yards and one touchdown, a 25-yarder to junior Max Secrest. Duff was five-of-12 for 69 yards. It wasn't reflected in the statistics, but they are solid runners, either evading the rush or going up the field.

Secrest caught five passes for 119 yards and Warren Wade three for 79. They're clearly downfield threats. Tight end Cody Stout had the other catch, for 7 yards.

Osmialowski was intercepted twice, one that was returned 44 yards for a touchdown by Monrovia's Clay Sichting.

The bad news: Cloverdale was woeful rushing and defending the run. They netted only 27 yards rushing, although that's also a deceiving statistic. Tailback Jonathan Smith is also the punter and he lost 16 yards after a snap was off target It set Monrovia up at the Clovers' 17 and the Bulldogs punched it into the end zone in four plays to take a 28-0 lead near the end of the second quarter.

Cloverdale never lost heart. Following the ensuing kickoff, Osmialowski found Warren on a medium-range crossing pattern and it went for 53 yards to the Monrovia 14-yard line.

On first down, fullback Andrew Howard showed his strength and power by running through several tacklers to score with 1:46 left in the first half.

It gave the Clovers some momentum, with a long way to go, entering the second half. But Monrovia (2-1, 2-1 WCC) went to its run-oriented, option-style offense to drive 57 yards on six plays for a touchdown and a 36-7 lead.

On Monrovia's next possession, it drove 65 yards on seven plays for a touchdown for a 43-7 lead late in the third period.

Monrovia sophomore Jaden Rhea ran for five touchdowns and had 190 yards on 24 carries. Trevor Ellis had 89 yards on six carries. The Bulldogs had 350 yards rushing.

Cloverdale's top rusher was Howard, who had 25 yards on nine carries.

Monrovia's offensive and defensive lines were more physical and they controlled the line of scrimmage. Cloverdale is a work in progress and it made some against the Bulldogs. Developing a passing game is a good start and it can be a great equalizer. But the Clovers have more work ahead, especially in the trenches. 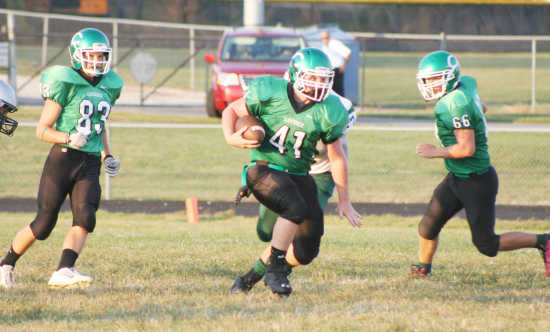