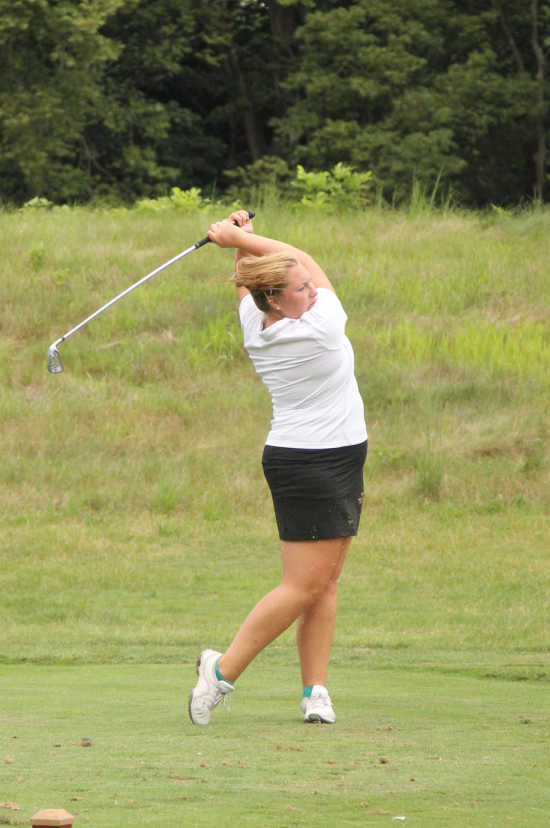 Greencastle senior Liz Johnson hits a drive during a round earlier this fall. Johnson celebrated Senior Night with a win on Monday. (Banner Graphic/GRANT WIEMAN)

As the lone senior on the Greencastle girls' golf team, Liz Johnson was honored prior to Monday's match against Edgewood, then helped the Tiger Cubs to a 219-222 win.

Johnson (57), Lauren Bridgewater (53), Lokysa Scheuermann (53) and Haley Cash (56) had a steady round that was one of the team's most consistent of the year.

"We had a nice win on Senior Night for Liz Johnson," GHS coach Bob Hedge said. "We did not have extremely low scores but all four players were within four strokes of each other."

The Tiger Cubs will play next at Northview on Thursday at 4:45 p.m. and the West Central Conference Tournament on Saturday, held at Deer Creek Golf Course at 11 a.m.