Egold and Higgins become first Eagles to advance to semi-state 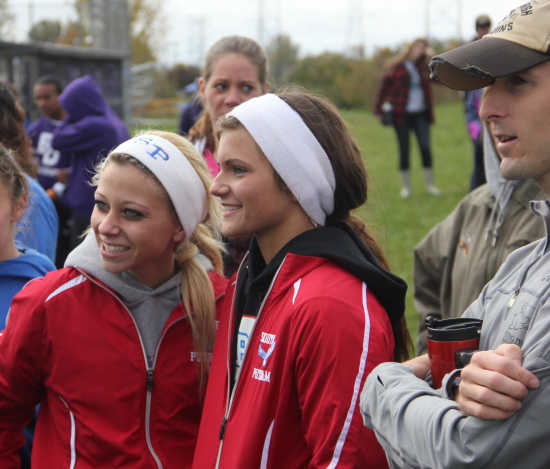 INDIANAPOLIS -- They can't stop. And they won't stop.

The pair both set personal records at Saturday's Ben Davis Regional and finished in the top ten of racers on non-qualifying teams.

Egold finished in 25th place at 20:47, shattering her personal best and breaking 21 minutes for the first time. 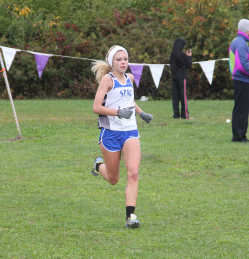 Higgins, in 40th place at 21:37, was the final qualifier. She beat out Danville freshman Molly Clark by three seconds to clinch the last invitation.

It is the first time in school history a girls' runner has made it that far.

"We knew individually we had a couple people with a good shot," SPHS coach Brandon Welti said. "It was good to see two girls making it out, so we're definitely pleased with that. ... Mentally they had to prepare themselves for the fact that it was going to be fast from start to finish.

"Ariel and Madie did a good job of doing that, and they had great races."

The Eagles' girls qualified for regionals as a team and finished in seventh place overall, two spots away from advancing to semi-state as a team.

Avon, with all five scoring runners finishing in the top ten, including the top two finishers, won the regional. Zionsville, Pike, Plainfield and Brownsburg also advanced as teams.

Sophomore Julianna Delano was just three runners and 17 seconds away from advancing to the next round. Junior Jessica Jones (22:45), junior Katelyn Lady (24:18) and sophomore Michaela Scales (25:12) picked up regional experience for the Eagles.

"We knew as a team that we probably weren't going to get out of regional," Welti said. "All the girls had great races today." 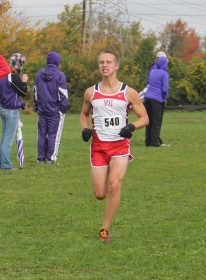 South Putnam also had five boys qualify for regionals as individuals, though they were not eligible for a team score, which sums the finishing position of the top five runners for a school.

"Some of the guys ran about what we expected," Welti said. "Kieffer and Lane ran their best times ever. Some of the other guys ... didn't do as well as they'd hoped.

"Overall, making it this far was a great experience for those guys so that's something that we're all happy with."

None of the boys advanced to semi-state.

Egold and Higgins have a long week of practice and a challenging race ahead of them, but they will be fueled by their own accomplishments and place in the South Putnam history file.

Semi-state host Carmel is the top-ranked cross country team in the country and hosts a talented field. Last season the 10th-place finisher from a non-advancing team, which this season would qualify for state finals spot, came in at 19:36 on a slower course than Ben Davis.

"We're used to a challenging course with hills, like ours," Welti said. 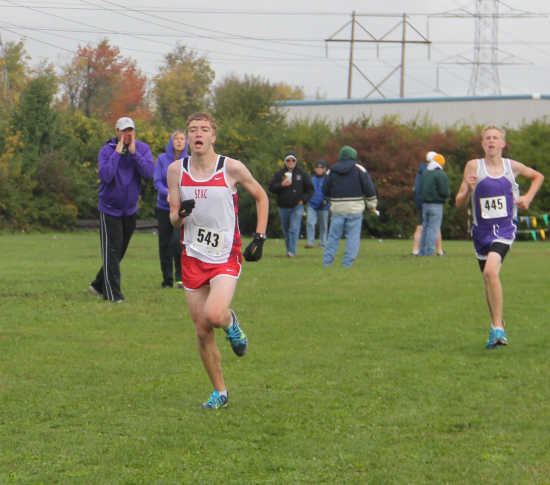