Lest we forget, winter 2013 was season that wouldn't end 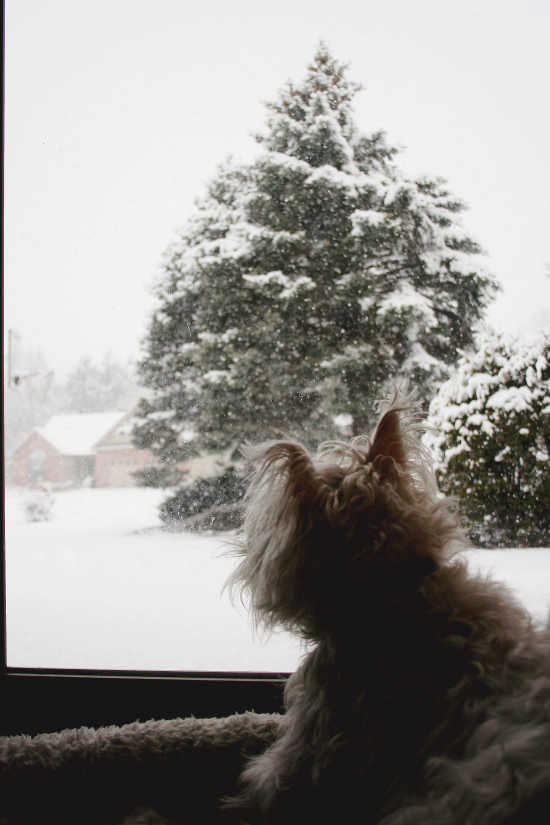 Banner Graphic/ERIC BERNSEE
While it's been cold enough lately to suggest a real three-dog night, it's been mostly a dog day afternoon for watching the snow fall, whether it was coming down this past week or during the winter of 2013 that seemed to never end.
Order this photo

While 2014 has already gotten off to quite a rough weather start, official figures from the National Weather Service (NWS) provide an interesting look back at how central Indiana fared in 2013.

With record snowfall and record cold already leaving their mark on central Indiana in 2014, final figures from the NWS show 2013 managed to provide quite the change from the unusual warmth experienced just a year earlier.

With what has transpired weather-wise over the last several days, it's easy to forget that winter took its time coming to an end in 2013 with two big snowstorms occurring in what would be one of the coldest months of March in recent history.

The fourth-snowiest March in Indianapolis history had Hoosiers pining for spring warmth and ensured an above-normal year for local snowfall (28.5 inches).

Then, the combination of the snowmelt at the end of March and the second wettest April on record brought widespread flooding across central Indiana during the second half of the month.

As spring transitioned to summer, it became clear that the exceptionally hot weather experienced during portions of the 2012 summer would not be making any reappearance in 2013. High temperatures in 2013 reached 90 or better on just 14 days, well below the 51 days of 90 or more degrees in 2012.

The area also experienced the wettest Halloween on record with 2.01 inches of rain falling on Oct. 31, breaking a record set in 1941 at 1.3 inches.

The most active period of the year arguably occurred over the final two months, as central Indiana was impacted by everything from significant severe weather and tornadoes, to snowfall and record flooding.

The biggest event of 2013 affecting the region was the Nov. 17 tornado outbreak as 28 tornadoes touched down in Indiana that afternoon. Fifteen of those alone occurred in central Indiana, making Nov. 17 one of the most active days for tornadoes in state history.

After a period of active winter weather from late November through mid-December, an intense storm system brought record rainfall and widespread flooding to the region just a few days before Christmas. Indianapolis experienced its second wettest December day on record on Dec. 21, when 2.57 inches of rain fell.

Most consecutive days with temperatures below freezing: 7 (Dec. 6-12)

Most consecutive days with no measurable precipitation: 21 (Aug. 10-30)

Most consecutive days with maximum temperature at or below 80 degrees in July: 8 (July 24-31).