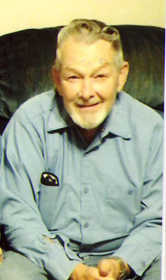 He married Lou Watson on Jan. 8, 1966, having just celebrated their 48th wedding anniversary.

Don had worked in the produce department of Kroger and Eagles groceries for more than 35 years. He had also been a custodian in the Greencastle School Corporation for nine years.

He was a member of the New Hope Fellowship Church in Greencastle and formerly of the New Life Foursquare Church in Monmouth.

He was preceded in death by his parents; a nephew, Wayne D. Hillman; and a niece, Debra Watson.

The family will receive friends from 11 a.m. to 2 p.m. Saturday, Jan. 18 at Hopkins-Rector Funeral Home, Greencastle.

Funeral services will be conducted at 2 p.m. (CST) Monday, Jan. 20 at New Life Foursquare Church, 201 E. Second St., Monmouth, Ill. The family will receive friends at the church from 11 a.m. until time of service.

The Turnbull Funeral Home of Monmouth has been entrusted with arrangements in Monmouth.