She was born on July 1, 1933 in Winston-Salem, N.C., and was the daughter of the late Latta Houston and Mary Viola (Richardson) Ireland. 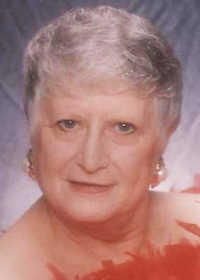 She was married to George M. Redd, and he preceded her in death.

She is survived by her daughter, Mary Jane Cheatham and husband Doug; her sisters, Eloise Overdorf and Jackie Hawkins; her grandchildren, Edwin Cheatham III and wife Mindy, Scott Cheatham and wife Beth, Tracy

Cheatham IV and her nephew Sid Bragg, who had lived with her for many years.

She was a member of the Purpose Driven Red Hatters. She loved the Red Hatters where she enjoyed small adventures.

She was a loving wife, mother, grandmother and great-grandmother who enjoyed life and traveling.

In addition to her husband and parents, she was preceded in death by her son, James (Andy) Redd, and her siblings, Pauline West, Darrell Ireland, Caroll Ireland, James Ireland and Ronnie Ireland.

Memorial services will be conducted at 7:30 p.m. Thursday, Feb. 6 at the Whitaker Funeral Home, Cloverdale. Visitation will be held