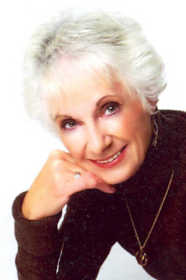 She married Willard M. Davis, and he preceded her in death.

Charlene had retired from the Putnam County Assessor's Office, where she had worked for more than 10 years.

She had previously worked 10 years as a manager with an appraisal research group; as first deputy treasurer for Boone County for five years; as co-driver with her husband for Burlington Motor Carrier for four years, and was the first lady trucker in the state of Indiana; and was an office manager for Bailey Beautician Supply for 18 years.

She was a member of the Central Christian Church, Lebanon; the Eagles Lodge and the American Legion.

She was preceded in death by her husband, her parents, a brother, Harry Lindsay, and a sister, Evelyn Rush.

The family will receive friends from 4-8 p.m. Thursday, March 20 at the funeral home.

Memorial contributions may be made in memory to the American Heart Assn./Memorials and Tributes, 3816 Paysphere Circle, Chicago, IL 60674.