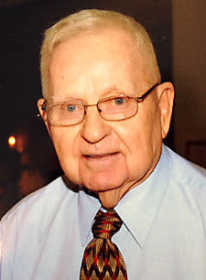 He was a 1938 graduate of Fillmore High School.

He was a farmer and previously owned an International Harvester dealership in Kingman. Since retirement he had spent his winters in Okeechobee, Fla., where he loved to fish.

His memberships included the Ladoga Christian Church and the Larrabee Masonic Lodge 131, Stilesville.

Funeral services will be conducted at 11 a.m. Thursday, May 1 at Servies and Morgan Funeral Home, Ladoga.

Visitation will be on Wednesday from 5-8 p.m. at the Funeral Home. Joe Faulkinbury will officiate. Burial will be in Ladoga Cemetery.