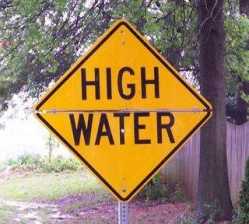 Amid the news reports of tornadoes and damage in Hendricks, Marion and Hamilton counties Tuesday afternoon, Putnam County appears to have avoid serious storms.

Chris Edwards, severe weather specialist for the Putnam County Emergency Management Agency, said he had received no serious weather reports as of late afternoon, outside of some minor flooding.

The difference a few miles can make is notable, as Edwards said the system that brought severe storms and heavy rain to Putnam County around 2 p.m. is the same weather pattern that produced tornadoes in the Plainfield and Speedway areas a short while later.

Central and northern Putnam County even missed out on the worst of the rain, as the heaviest part of the system moved in a northeasterly direction over the southeastern corner of Putnam County.

As of 4 p.m., Edwards reported 0.77 inches of rainfall at his Greencastle home.

While he did not have an official figure for other parts of the county, Edwards said the amount could be at least 1.25 inches in southeastern Putnam County.

"Other than that, no wind reports," Edwards said. "So we're pretty unscathed this time again."

Edwards classified the Tuesday storm as a low-top supercell, which is not a relatively tall system. These storms sometimes produce no lightning, though that was not the case in this instance.

According to Associated Press reports, the storms sprang up near Terre Haute and increased in severity as they approached Indianapolis.

That storm then headed into Indianapolis, where Public Safety Director Troy Riggs said city emergency officials received reports of house and tree damage and downed power lines on the southwest side of the city.

The city of Indianapolis opened an operations center to organize its response to the storm, Homeland Security Director Gary Coons said.

"Something hit here. Whether it was straight-line winds or a tornado, something with a lot of wind hit here," Coons told WRTV. "We're just trying to assess and see how much damage there is."

Indianapolis Power and Light Co. reported more than 1,600 customers without service shortly after the storm in a second straight day of storm-related outages in the city.

As the storm moved into the northern suburb of Carmel, Duke Energy reported about 100 customers without power.

Heavy rains accompanying the storms prompted the weather service to issue flash flood warnings for much of central Indiana.

While the storm was serious for a short amount of time, Edwards said it dissipated as it crossed Marion and Hamilton counties.