Last sale of the night worth the wait 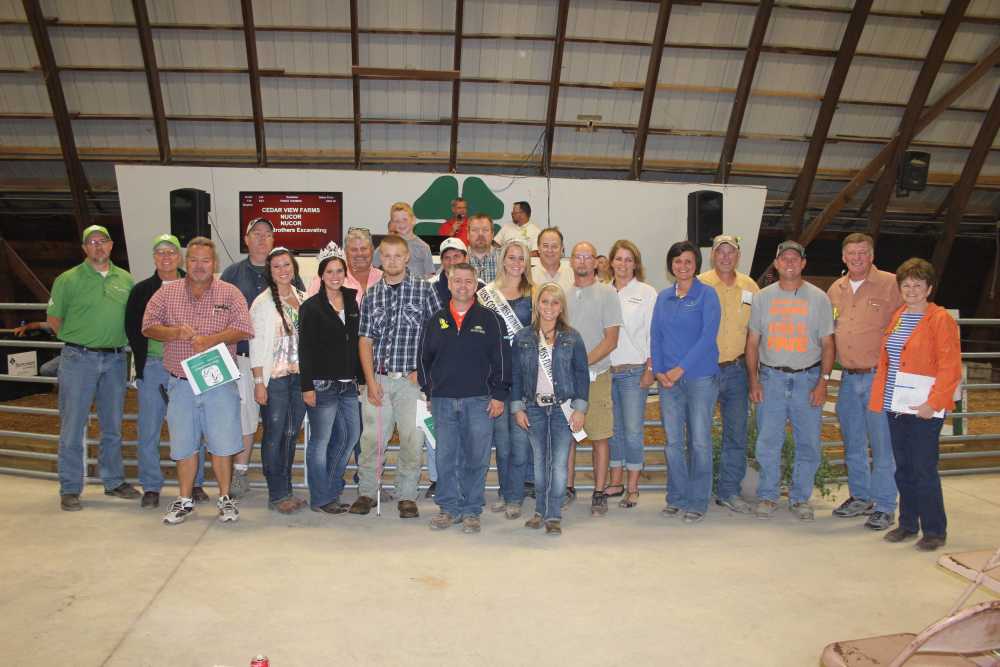 A generous group of buyers come together Friday night to make the 4-H Livestock Auction for the final seller of the night. After waiting nearly six hours while 260 other 4-H'ers sold their animals, Hunter Young (plaid shirt, next to Fair Queen Brittany Birt), received a bid of $2,425 for his 238-pound hog. (Banner Graphic/JARED JERNAGAN)

Not only did cruel alphabetical order place him 119th among those selling hogs at the 4-H Livestock Auction, but swine also sold after all other livestock this year.

That meant the Poland teen was the 260th of 260 exhibitors to sell. After nearly six hours and more than $200,000 already spent, the young man could have been forgiven if he was less than enthused at the prospects of a high selling price.

However, before Young's name could be announced, Richard Neier of Neier Transportation, an active bidder much of the evening, sprung from his seat.

After a private conversation across the fence with the teenager, Neier made an announcement, saying he had asked Young what he thought a fair price for his animal would be. When Young said $600, Neier responded that he thought that could happen.

He then invited other bidders to join him in splitting the $600 asking price.

When about a half dozen partners were found, Neier upped the ante, asking his cohorts if each would be willing to contribute $100 and see what the total might be.

John Kass of Buzzi Unicem said his company would throw in additional sum of $300. Our Community Bank also upped its contribution.

With several other additional contributions, Young's animal fetched a price of $2,425, compared to a market value of $218.96.

And all for being the final sale of the night.

Smiling wide at the kindness of the community, Young figured it wasn't so bad having to wait until shortly before midnight to sell his hog.

"It was completely worth the wait," Young said. "I'm really grateful for what they did. I'm pretty much speechless."

After this display, the early spots in the auction may not be quite as coveted as they have been previously.

"Everybody's going to be begging to be last next year," auctioneer Jeff Rich said.

There will be no begging to it, though, as the established rotation will slot the goats in last in 2015.

So for any young goat ranchers out there named Zimmerman, 2015 may just be your year.