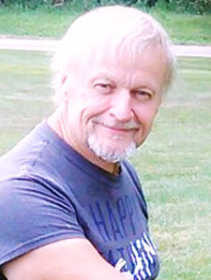 He was born on March 20, 1949 to Arthur and Jean Van Hook Witt at Crawfordsville.

He graduated from Roachdale High School in 1967 and then attended a technical school for a year.

He was a hoist driver at R.R. Donnelley's at Crawfordsville and retired after 33 years.

He was a member and served on the Vigo County Conservation Club Board of Directors.

A tomahawk thrower, he was known as "Hawk Man." He was loved by his powwow family.

He was a foster father to more than 40 children.

He was preceded in death by his parents, mother-in-law Catherine Stewart and brother-in-law Doug Stewart.

Funeral services will be conducted at 1 p.m. Saturday, Aug. 16 at Servies and Morgan Funeral Home, Roachdale, with visitation from 11 a.m.. to 1 p.m.. on Saturday.

Burial will be at Roachdale Cemetery. Rev. Steve Buchanan will officiate.

Online condolences may be made at www.serviesmorgan.com.