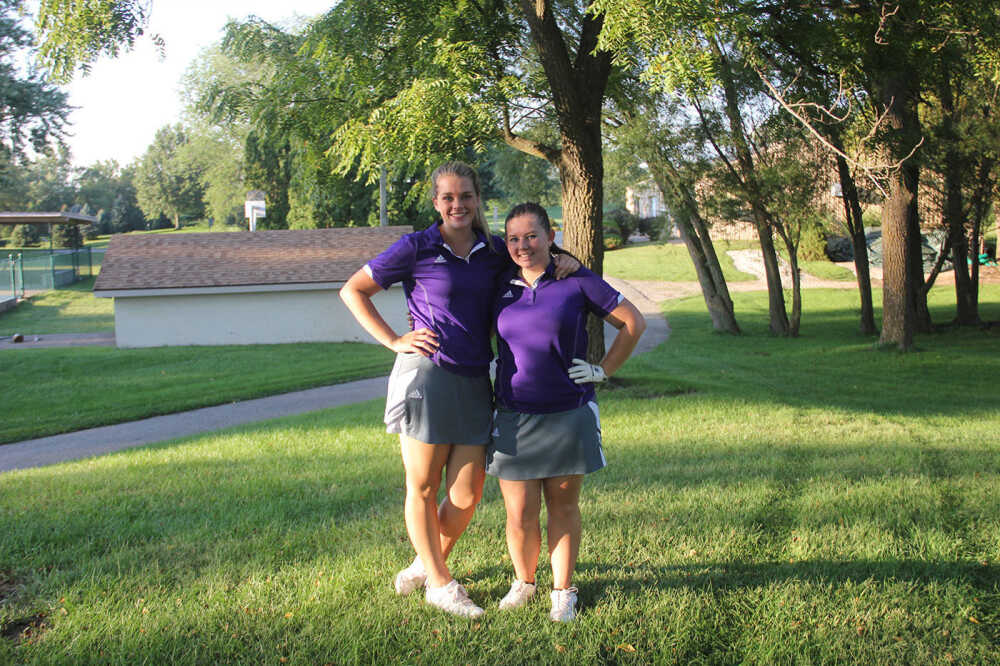 The Cloverdale girls' golf team traveled to Windy Hill Country Club Wednesday to take on Greencastle along with Monrovia. However the Clovers made the trek without their No. 1 golfer, Harlee Fuetter, who was ill.

All the teams played well as Monrovia and Greencastle both scored 214 as a team and the tiebreaker was won by Monrovia.

"We didn't score as well as I was hoping to," said GHS coach Bob Hedge. "Lauren Bridgewater usually shoots around 46. She's really consistent. The other girls didn't do as well. As a team we should be shooting around 200."

Bridgewater was the lowest scorer for the Putnam County teams and Macey Masten at the No. 3 spot for Greencastle shot a 53. Lokysa Scheuermann, Haley Cash and Alex Weliever rounded out the Tiger Cubs' score at 55, 66 and 60 respectively.

As the WCC and county tournament approach, the seniors were honored on the course for Greencastle and players are ready to take on the responsibility.

"This year I've kind of felt like I've needed to step up and do better than I have in the past," Cash said. "It's definitely been a lot of pressure. I know I have the underclassmen looking up to me. So basically it's been trying to keep a positive attitude out there."

Cloverdale's No. 1 golfer Anna Spencer and No. 2 golfer Abbie Speas both shot a 54 and both were playing a spot above their normal places due to Fuetter being out.

"The last couple meets it hasn't really been looking at the team score its been more of looking at individual scores," Clover coach Matthew Langdon said. "We know we are going to get girls back toward the end of the year. So it's just trying to get individual growth."

Abby Walker and Hannah Nichols both scored 59 for Cloverdale.

The next match for the Clovers will be on Thursday at Monrovia.

Greencastle will take on Edgewood on Monday.