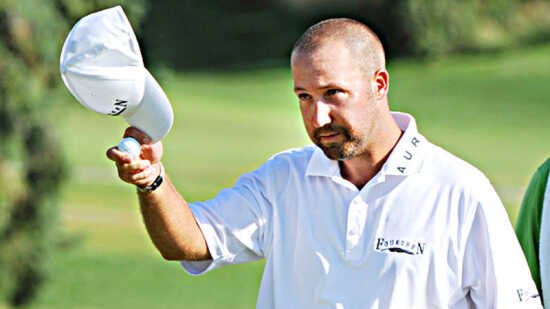 PONTE VEDRA BEACH, Fla. -- While a 157th-place finish on the PGA Tour money list was not enough to keep Cloverdale resident Chad Collins on the tour in the upcoming season, his finish Sunday in the Web.com Tour Championship will do the trick.

Collins fired a six-under 274 in the four-day event to finish in a tie for seventh.

The tournament consists of the top 75 finishers on the Web.com Tour as well as finishers 126 through 200 on the PGA Tour. Fifty PGA Tour Cards are up for grabs for those who finish the weekend inside the top 50 of the PGA Tour Priority Ranking -- one spot out of Tour eligibility.

The strong event will keep Collins playing at the game's top level for the second consecutive year, as it puts him at 49th in the Priority Ranking.

After entering the weekend at 86th on the list, it's a nice outcome for Collins.

It did not come without stress for the 1997 Cloverdale High School graduate. When Collins finished with bogeys on two of his last three holes, he sat in a tie for ninth. That outcome would have placed him 51st in the Priority Ranking.

However, bogeys on the 17th hole by Adam Hadwin and Tyrone Van Aswegen bumped Collins up to a tie for seventh, which is where he remained when all players completed their rounds.

The highlight of the year came with an eighth-place finish on the strength of a 22-under-par performance at the Humana Challenge in January.

Playing at TPC Sawgrass this weekend, Collins started strong with a five-under 65 on Thursday, good for a second-place tie after the first day.

The 36-year-old was solid the remainder of the tournament, firing a one-under 69 on Friday and a pair of even-par 70s on Saturday and Sunday.

Web.com Tour regular Derek Fathauer won the event with a 14-under 66.