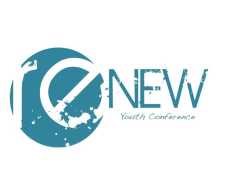 In an effort to bring young children and teens together the Unashamed Youth Ministry of the Cornerstone Baptist Church will once again be hosting a free youth conference at the Putnam County Fairgrounds on Saturday, Sept. 27 from 5-11 p.m.

Like previous years, the conference aims to help bring together the youth of Putnam County together, no matter what their faith may be.

"It's similar to previous years," Cornerstone pastor Dave Neeley said. "We'll have two sessions with a break in between. There will be snacks, pizza and hot dogs during the break."

This year's theme of Renew aims to once again inform youth that they are not alone in their daily struggles.

"I think all of us naturally in life go through ups and downs," Neeley said. "Even in our spiritual lives, I feel like it's the same way. So, I was thinking about a lot of what the teens go through and the struggles that they have. Sometimes, we just need to be energized and to be 'Renewed."

The conference will focus not only on some of the tough struggles teenagers are facing today, but help remind participants there are others going through the similar issues and that with the help of good friends and God, one can get through those tough situations.

"It's kind of a cool event because no matter how big the youth group is, whether it's really small or large, it's cool for the kids to be able to connect with other churches and other youth groups," Neeley explained. "Sometimes when they struggle with things, they feel isolated and alone. But, an event like this can really open their eyes to recognize that 'hey, there's other people in my school that go to church and follow God.'"

This year the sessions will be led by Ken Surritte, the founder of the WATERisLIFE organization, which is an organization ensures people have access to safe water, proper sanitation and hygiene programs in third world countries.

"They have these really cool filtration straws," Neeley explained. "It's not like a straw you get at McDonald's, it's a thick blue straw that's on a necklace. They distribute those and the kids are able to go to a stream or a pond with the filter system and it filters out all of the nasty stuff so they're able to drink clean water."

WATERisLIFE is also an organization that Cornerstone holds dear as it recently donated a large amount of straws to ensure people have access to clean water.

"A few years back we did a project here at the church where we raised money in support for various missions and agencies," Neeley explained. "He was one of the agencies that someone in the church knew about. We have a missionary couple that lives in Haiti and WATERisLIFE is in Haiti. So, they asked about raising money for some of these straws. We were able to have them ship them to us and include notes on each of them before shipping them back."

New this year, the organization has also created The Drinking Book, which not only contains valuable material on safe drinking water, but the pages themselves act as a filter.

"They also have this new thing that they're starting, which are books they've made that teach people about basic sanitation," Neeley said. "The pages are filters. So, they're able to use the pages as filters to help kill the bacteria."

According to WATERisLIFE, each Drinkable Book is printed in two languages on technologically advanced filter paper, capable of killing deadly waterborne diseases with each page being coated with silver nanoparticles, whose ions actively kill diseases like cholera, typhoid and e. coli.

The books cost only pennies to produce, making it the cheapest option on the market and provide someone with up to 30 days of clean drinking water. Each book is said to be capable of providing someone with clean water for up to four years.

"They're very innovative," Neeley noted. "He's going to be coming and sharing about their mission as well as how God called him to start it."

As with previous years, the conference will include a musical performance with this year's act being Mass Anthem of Judson University. The Unashamed Youth Ministry will also be performing two dramas during the evening.

Several local Christian colleges and organizations, including Cedarville University, Cornerstone University, Franklin College, Judson University, Moody Bible Institute and Youth With a Mission -- Louisville will once again be in attendance.

"We would love to see as many students as possible," Neeley added. "But, most importantly, this is just an event for the teens to come have fun, learn about God and connect with one another. We want to make it as exciting for those who are there as possible."

Although the event is free, those who plan on attending are advised that there will be merchandise available for purchase.

The rally will also have several door prizes. Anyone who is interested in donating is asked to contact the church as soon as possible. Pre-registration is not required.

Those who are unable to make the youth event are welcome to join Surritte as well as Mass Anthem at Cornerstone Baptist Church's service on Sunday at 10:30 a.m.

For more information on the event or any of the featured acts persons may call the Cornerstone Baptist Church at 655-1017.