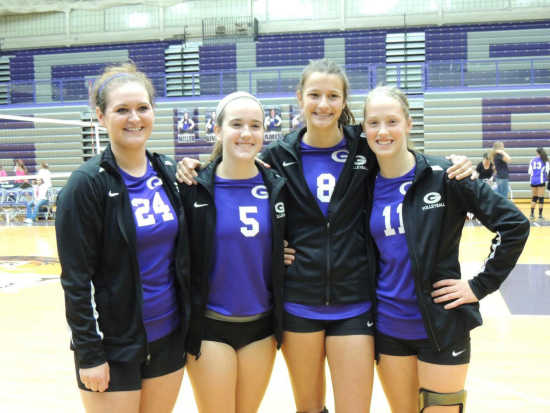 The Tiger Cub volleyball team looks primed and ready for a sectional showdown. Greencastle made quick work of the Riverton Parke Panthers in three games and roars into the postseason with a full senior squad and a full bench, which the team hasn't sported since the beginning of the season.

"It makes (the team) more comfortable to know that everyone on the bench is helping," GHS coach Maggie Walters said. "Anyone can go in. We have a pretty deep bench so anyone can go in and get things accomplished any night."

After beating Riverton Parke in three games without much drama, Greencastle is clearly looking forward to a postseason rematch with Edgewood whom the Tiger Cubs lost to a month ago. 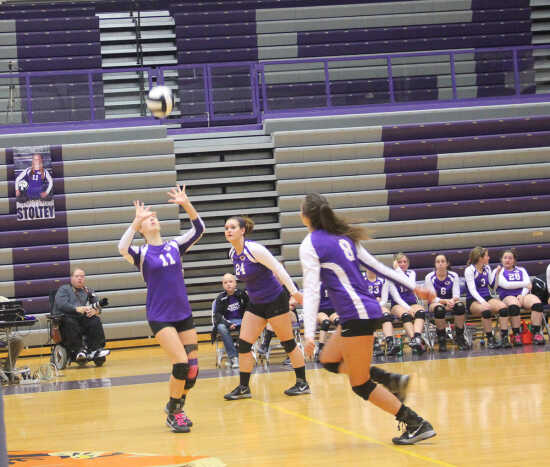 "We're definitely really excited," Olivia Divine said. "But we are trying to not focus so much on Edgewood's play and more on our game. Like working at the little things that we've done all year. Just playing our best game that we can against Edgewood and then hopefully Northview."

Divine has been injured for a better part of the year and is happy to be returning to the court.

Also returning from injury is Tera Amis who knows that the sectional in which Greencastle will play is a bit tougher than the Owen Valley site where the rest of the Putnam County teams are to compete. It hasn't deterred team confidence though. 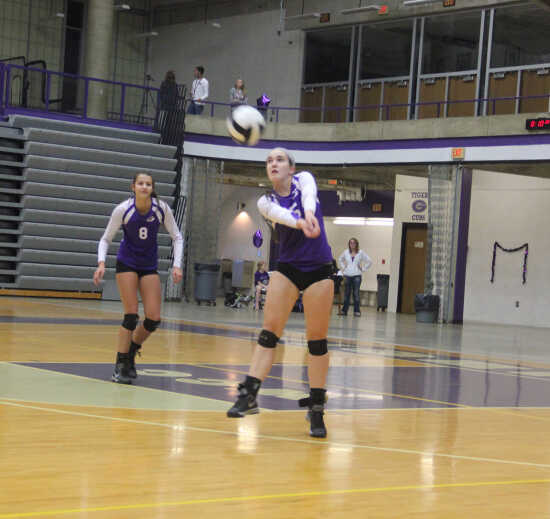 Greencastle's Olivia Divine returned to full action against the Panthers and just in time for the sectional play. (Banner Graphic/JAY LOCKETT)

"It feels great to be back," Amis said. "I'm very excited. We are definitely working to win sectional. It's going to be a tough one, especially playing Edgewood and Northview. But our goal right now is to win sectionals."

Having a healthy team as Greencastle prepares for sectional play is a big bonus but Walters is still looking to keep the team focused on improving its play for the most important games of the season.

With Divine and Amis back into the lineup, Quinci Miller still performing well and Taylor Stoltey working the setups for the team, the Mustangs will definitely be wary of the striking prowess of the Tiger Cub team.

The Greencastle size at the net, quickness and a flurry of bench players to come and make a difference make the Purple Pride are no pushover for any team in the Owen Valley sectional.