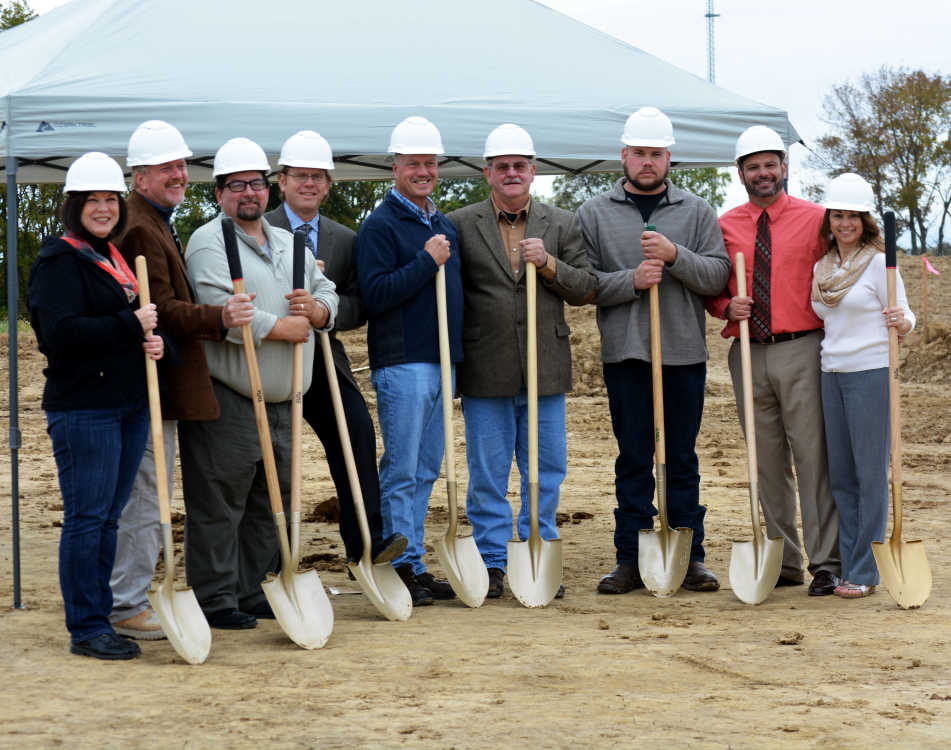 Rising from the ashes of a January fire that destroyed their century-old church building, the members of Lifespring Church celebrated the official groundbreaking for their new location on Sunday, Oct. 12. The congregation met at the old location at U.S. 231 and County Road 500 North before traveling together to the new site just east of U.S. 231 and U.S. 36. Manning shovels for the official moment were (from left) longest-running member of the church Lori Herbert, general contractor Chris Herbert, elder Gary Smith, architect Todd Scoggins, elder Steve Keele, elder Bob Rennick, deacon Josh Keele, Pastor Gerron Ayento and his wife, Tami. Since the fire, the church has been meeting at Area 30 in Greencastle.