She was a 1940 graduate of Bainbridge High School. 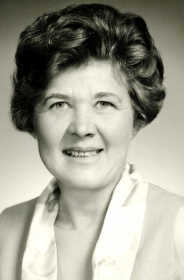 She had previously served as executive secretary for the Shelby County United Fund from 1975-1976; served as Shelby County assessor from 1967-1974 (being the first woman and first Republican elected to the office); was the communications and accounting office worker for Allison Division of General Motors from 1943-1946; and worked as a telephone operator at Indiana Communications Corp., Greencastle, from 1940-1943.

She was preceded in death by her husband; parents; and siblings Betty Hughes, Margaret Lyons and Wayne Thomas.

Funeral services will be conducted at 11 a.m. Friday, Oct. 31 at Hopkins-Rector Funeral Home, Greencastle, with interment to follow at Brick Chapel Cemetery.

The family will receive friends from 10 a.m. until time of service Friday at the funeral home.

Memorial contributions may be made in memory to the Brick Chapel United Methodist Church.