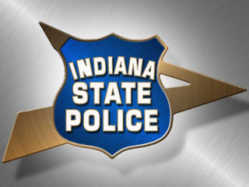 At around noon Tuesday, emergency agencies were dispatched to a one-vehicle crash on County Road 750 East, north of Rangeline Road, in Marion Township.

Responders from the Fillmore Volunteer Fire Department arrived on the scene first, finding an SUV inverted with a male driver unresponsive and still in the vehicle. They removed the man from the vehicle and began CPR.

Putnam County Operation Life transported O'Neal to Putnam County Hospital, where he was later flown by Lifeline to Methodist Hospital with internal injuries.

Indiana State Trooper Michael Wood reported that the SUV was northbound on 750 East when, for reasons unknown, the vehicle left the roadway on the west side and entered a field.