Vive la French Club is the cry at GHS 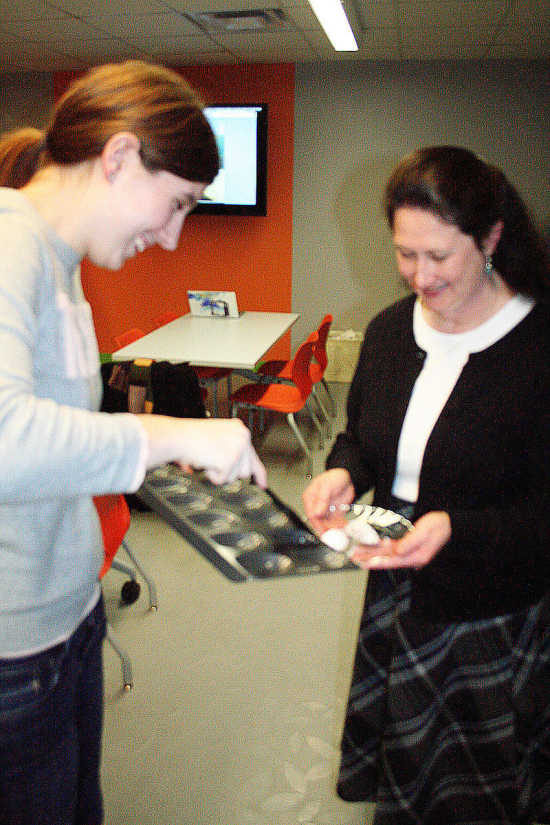 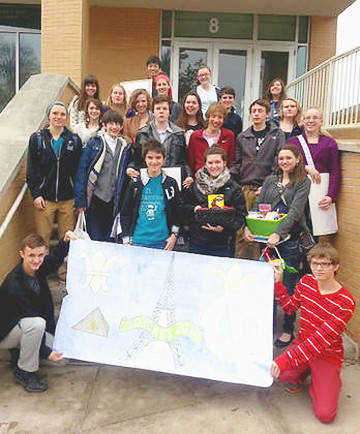 Literally the translation to that means do you speak French?

And apparently an unusually large number of Greencastle High School students do.

In fact, the school's French Club even boasts a membership of more than 50. And that seems significant among a high school population of 615 pupils, especially one sans a French-speaking community.

Undoubtedly, one of the reasons for the popularity of the language and the club at GHS remains longtime French instructor Amy Berry.

While she would be the last person to take any credit for the continued run of interest in French in the middle of rural Indiana -- where one's first thoughts of Paris might be of the Illinois city -- Berry has been a classroom constant at GHS for a quarter-century now.

"In May, I will have completed my 26th year of teaching," she told the Banner Graphic. "I have been honored to teach 25 of those years in the Greencastle system."

Currently, she teaches five levels of French. Students start French at the eighth-grade level for a one-semester class, and can then continue at GHS for four more years if they choose to do so.

"Our French students participate in the Congrčs State French Contest each year, competing against several other schools around the state," Berry noted, adding that presently 37 GHS students are busy preparing for the 2015 event.

"There are many options for students during the contest," Berry noted. "These include speaking contests, as well as performing arts and various tests over French culture, history and vocabulary."

Greencastle's advanced students also have the opportunity to study overseas during the summer through the IU Honors Program. "They were great ambassadors for Greencastle High School," Berry added.

Rather than just buy a bunch of baguettes to share as the centerpiece of French cuisine, the club used the kitchen area at the Putnam County Public Library that night to whip up a few delicacies, including tasty Madeleine cookies created by French I student Alex Weliever, a sophomore, and shared with the likes of GCSC Supt. Dawn Puckett and GHS Principal Russ Hesler.

"In addition to class activities, we have an extremely active French Club," Berry pointed out. "This year we have 52 members."

The GHS French Club activities include:

-- An evening at the Indianapolis Symphony Orchestra.

-- Language Clash International Night with the Spanish and Latin students.