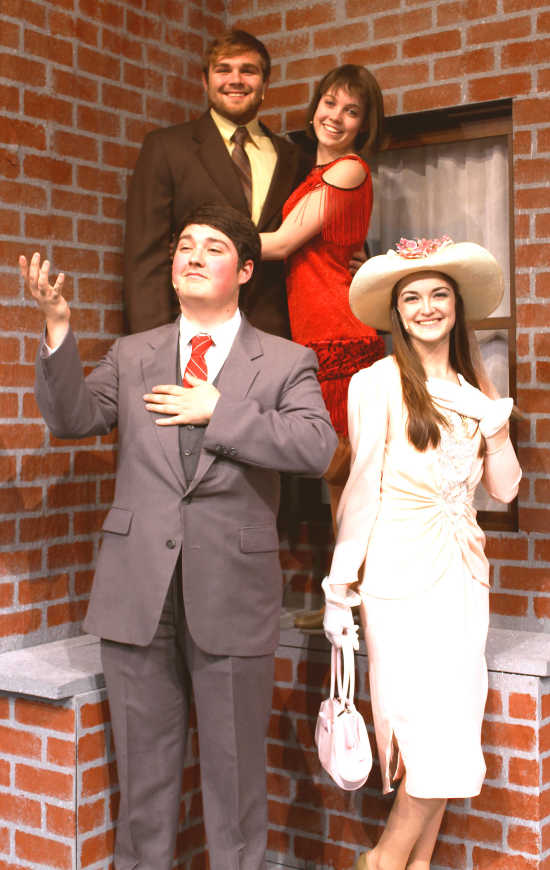 The North Putnam High School production of "Thoroughly Modern Millie" features cast members (front, from left) Alexander Moore as Trevor Graydon, Rachael Lubinski as Dorothy Brown and (back) Jacob Riggen as Jimmy Smith and Samantha Flannelly as Millie Dillmount. The musical comedy will be staged Friday and Saturday with curtain at 7 p.m.

The curtain goes up at 7 p.m. both nights. Tickets are $5 and available at the door.

Set in New York City in 1922, "Thoroughly Modern Millie" tells the story of young Millie Dillmount (Samantha Flannelly) from Kansas who comes to New York in search of a new life for herself.

Her grand plan is to find a job as a secretary for a wealthy man and then marry him. However, her plan goes completely awry.

Meanwhile, her wealthy boss, Trevor Graydon (Alexander Moore), is slow in proposing marriage, while the man she actually falls in love with, Jimmy Smith (Jacob Riggen), doesn't have a dime to his name -- or so he tells her.

The musical comedy is directed by Dustin Bond.