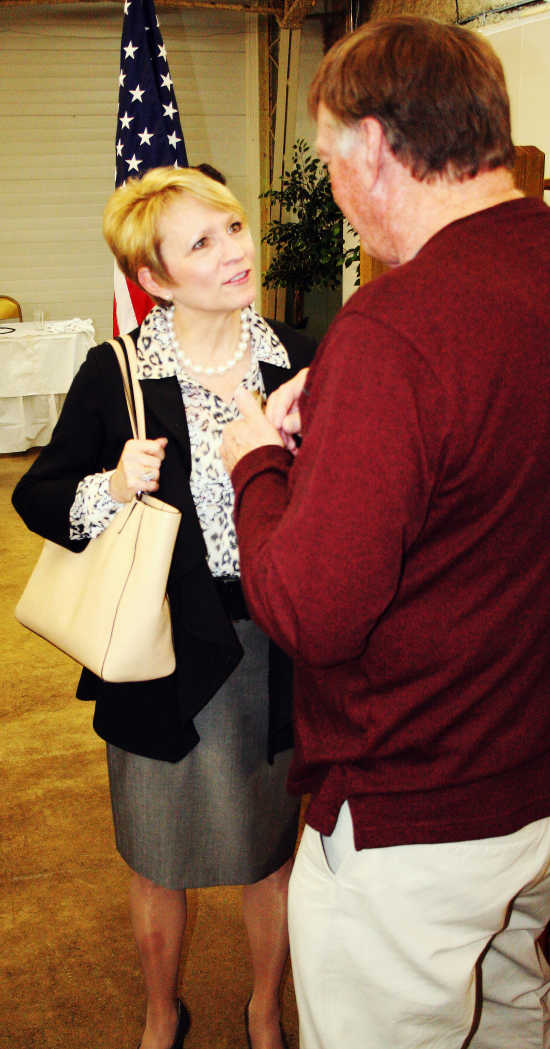 That is "because of this party," she told a Lincoln Day audience of more than 125 at the Putnam County Fairgrounds Community Building.

Indiana Republicans, she said, have been at the forefront of Hoosier education reform, job creation, fiscal responsibility and health care innovation.

"And we will continue to reinvent ourselves and innovate," she said of the business and political climate in Indiana.

Because of all that, the Ferdinand Republican suggested, "companies want to come here. They want to be part of Indiana."

Since she and Gov. Mike Pence took office in 2013, Hoosier unemployment has dropped by two full percentage points, all the while fostering "a goal of creating more Indiana jobs than ever before."

That kind of thing "doesn't happen by accident," Ellspermann said Sunday, noting that it takes "years of deliberate work" to accomplish that or balance the state's budget.

Much of that achievement can be attributed to the "pro-growth policies" the GOP administrations in power over the past decade have embraced.

As an example, Ellspermann also said more agri-business is coming to Indiana than ever before. 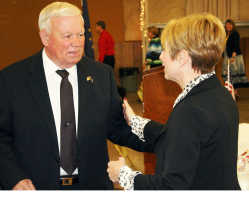 "Logistically, we're in the perfect place," she said, noting that location and availability of agricultural products are helping create "great opportunities for Indiana," even overseas.

Meanwhile, the lieutenant governor said the Pence Administration's "greatest innovation so far" has been the Healthy Indiana Plan, more popularly known as "HIP 2.0."

"Gov. Pence was never going to do 'Obamacare,'" Ellspermann assured, adding that Medicaid is a broken plan so something else was needed for Indiana.

In January Indiana won approval from the federal government to offer HIP 2.0 as access to quality health care, affecting 350,000 uninsured residents and ensuring that low-income Hoosiers have access to a plan empowering them to take charge of their health care. The program is eligible to any Indiana resident age 19-64 with income levels under 138 percent of the federal poverty level (that equates to $16,300 a year or less).

Ellspermann also touched on the Religious Freedom Restoration Act (RFRA) that created such a firestorm of controversy earlier in the current session of the Indiana General Assembly, which has just three days of activity left on its calendar.

"It's important and good for Indiana to protect religious freedom," she told the Putnam County audience, adding, however, that the message of the legislation was lost in the headlines that followed.

"You know what happened," she continued. "It went viral. There were a billion -- with a B -- tweets."

Consequently, Pence and the Indiana Republican party have taken some hits in the weeks that have followed, the lieutenant governor added, "so we still have some work to do to make sure our message is heard."

And that message includes that diversity "is a good thing," and a good thing even within the GOP, she said.

"We need to invite and encourage anyone we can to be a part of this party," Ellspermann told fellow Republicans in conclusion.