Defenders to hear importance of Founding Fathers' legacy on July 13

Historian, writer, artist, illustrator and educator A.K. Fielding will discuss the contributions of our Founding Fathers and why it is crucial for Americans to preserve their legacy at the next Greencastle Defenders of Liberty meeting on Monday, July 13.

U.S. Department of Treasury Secretary Jacob Lew recently made a decision to replace the image of Alexander Hamilton on the $10 note with that of a woman. The Treasury Department claims the decision was based on the idea a woman on the new $10 note will show how democratic America has become. 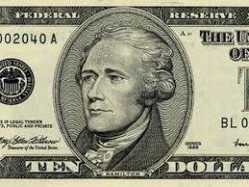 The 6:30 p.m. Defenders of Liberty meeting will be conducted in the Dixie Chopper Business Center at the Putnam County Airport, 102 Ballard Lane, Greencastle.

Her art has appeared in galleries and national and international publications. She educates the next generation of Hoosiers about the importance of studying our nation's founding in northern Indiana. For more information, visit: http://trehanstreasures.com/.

The public is invited to attend this and all monthly meetings of the Greencastle Defenders of Liberty.

The organization has featured congressmen, state legislators, the local sheriff, physicians, educators, authors, businessmen, military and a radio talk show host in the nearly six years of meetings on the second Monday of every month. The main purpose is to educate the public on important issues affecting all Americans.