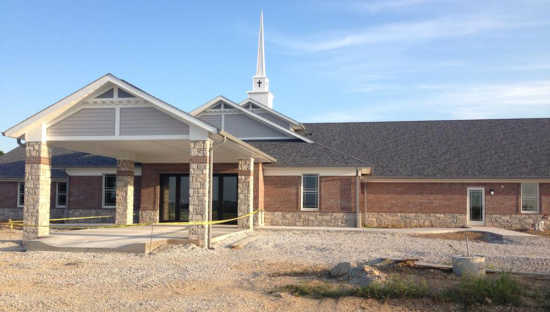 Emerging from the ashes following a January 2014 fire, Lifespring Church is prepared to begin services at its new location, 1700 W. U.S. 36, Bainbridge, on Sunday, Sept. 13. The public is invited to the 10:30 a.m. service and all of Lifespring's worship services.

The congregation of the former Somerset Christian Church, now the Lifespring Church, has announced the completion of its new building and is inviting the community to come and worship with them on Sunday, Sept. 13. 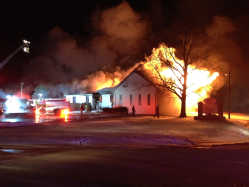 After the fire of January 2014, the church family endeavored to move forward in unity, seeking new property to rebuild upon which they could expand.

Services continued regularly at Area 30 Career Center, with the congregation even growing in number despite the devastation that had occurred.

"We have not forgotten the hard work and valiant efforts of so many firefighters and emergency personnel at the scene of the fire," church representatives said in a statement. "We were blessed and encouraged by many people and businesses in the community that reached out to us at the time of the fire.

"There were pastors and churches, both local and distant, who extended kindness and prayers as we transitioned and reorganized. We will be forever grateful."

The official dedication is set for Sunday, Oct. 11.