The great Russian cellist, conductor and composer Mstislav Rostropovich ("Slava" to everyone who met him in person) commissioned or otherwise inspired more than 100 major works for the cello, many of them sonatas for cello and piano.

In the Wednesday, Sept. 16 Faculty Select Series concert at 7:30 p.m. in Thompson Recital Hall, located within DePauw University's Green Center, School of Music faculty members Eric Edberg and May Phang will present sonatas by composers who were ill and near the end of their lives, yet found the strength to compose works for this great champion of their music. 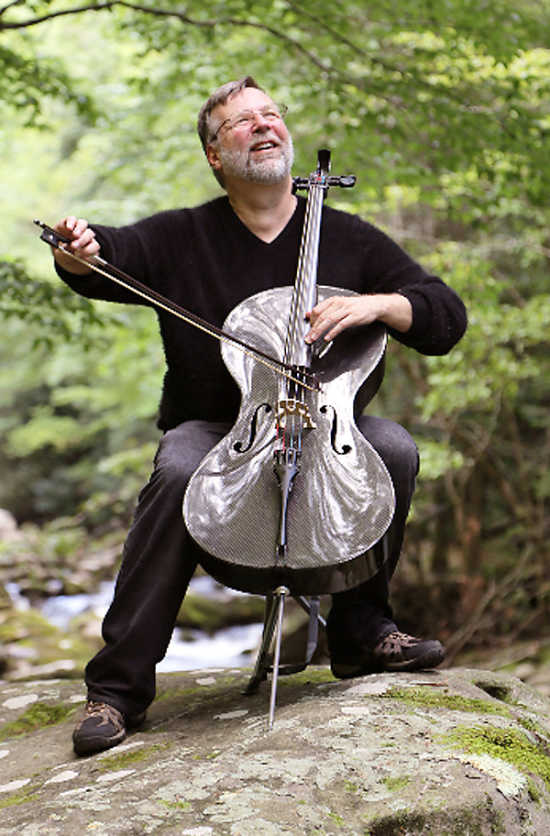 DePauw Professor of Music Eric Edberg will be joined by fellow faculty member and pianist May Phang in a tribute to Russian cellist Mstislav Rostropovich in Thompson Recital Hall of the Geeen Center for Performing Arts at 7:30 p.m. Wednesday, Sept. 16.

Arnold Schoenberg is often quoted as having said, "There is still a lot of good music left to be written in C Major."

As if taking up Schoenberg's challenge, both sonatas being performed on Wednesday center around the note C, the lowest of the cello's open strings. The musicians will begin with the Sonata No. 2 by Alfred Schnittke, which Edberg describes as "at times dark and mysterious, other times terrifying and explosive, and yet it also embraces a folk-like playfulness before ending in a profoundly sad and almost mystic state."

Written in a sparse, eclectic style, many passages exemplify the spirit of "as much as possible from as little as possible." Schnittke was quite ill when he wrote his second cello sonata, and so was Sergei Prokofiev when the dynamic young Rostropovich, initially his composition student, inspired him to compose a number of works for cello, including his Sinfonia Concertante and the triumphant Sonata for Cello and Piano -- firmly and resolutely written in C Major.

"We know Slava made many suggestions regarding the technical possibilities of the cello," Edberg said, "and some believe that this work is actually a collaboration between Prokofiev and Rostropovich. It is one of the few works of Prokofiev that was allowed a public premiere and one of his most tuneful as well."

The epigraph the composer inscribed on the first page reads, "Mankind -- that bears a proud sound."

General admission tickets to Faculty Select Series concerts are $5; admission for seniors, children and all students is free.

To obtain tickets in person, stop by the School of Music main office, on the first floor of the Green Center for the Performing Arts, any weekday between 8:30 a.m.--4:30 p.m. or call 658-4380 for assistance.