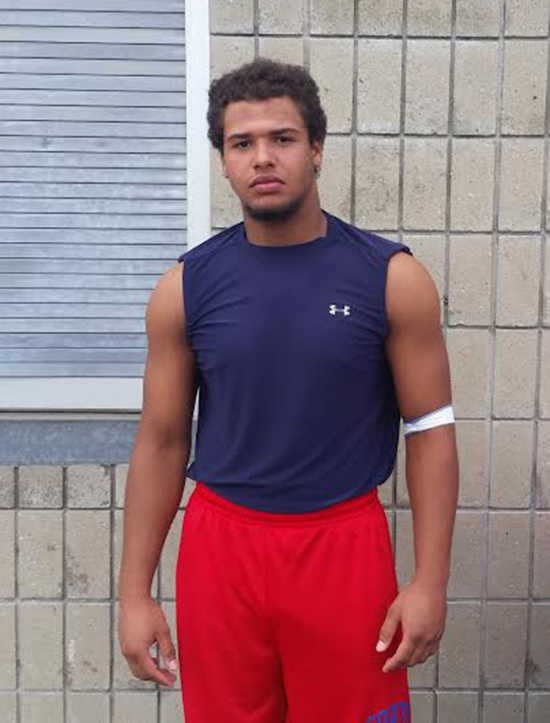 Will Cruse
Order this photo

In addition to football, Cruse is also a member of the wrestling team and he coaches wrestling at the elementary and middle school level.

Cruse is a fan of horror novels and enjoys watching the Indianapolis Colts.

He enjoys pasta and likes to listen to hip-hop artists including Tech N9ne, Krizz Kaliko, Tupac and Biggie Smalls.

Banner Graphic: What is it like being a senior on this team?

Will Cruse: This year it's different. I feel like I have a lot more responsibilty in looking after the younger kids coming up. Whether it be elementary, junior high or freshmen. Even the juniors I feel like they need to be babysat sometimes. There's a lot more emotion to it.

BG: What does being a role model mean to someone like you?

WC: It's a lot of responsibility. It means having to do what's right, when it's right all the time, which is what's right. I have to look after and make sure everyone is doing the right thing. I try to get them to follow my example.

BG: What are the similarities between football and wrestling?

WC: A similarity is always having to stay on your toes. The physicality is sort of similar on some completely different levels. Being able to get through a practice with your team and listening to the coach, wheather or not you think he is right or wrong.

BG: What are the differences between football and wrestling?

WC: Wrestling requires you as an individual to think for yourself more clearly instead of relying on your coaches. If you win or lose it's entirely on you. You have no one to blame or praise but yourself. You have to strategize on every single move you make.

BG: What was it like when you first started wresting?

WC: I was kind of excited and nervous. I went thinking it was WWE until my coach brought us all in. He told us "that's not how it's like at all." But we went through it and it was close enough. It's still wrestling.

BG: What are some of your best memories playing at South Putnam?

WC: My freshman year playing with seniors of that year. Ryan Chestnut, Tanner Thompson. Getting to know all of them. One of my favorite moments is getting to know new people and seeing how they function.

JH: I plan on going to IUPUI primarily for psychology. If that doesn't work out I'm going for law. Law because I've seen people get completely railed by the justice system when I know the laws and know it's not right. Physcology just trying to understand why people think the way they do . I can just understand a different multitude of people so I can potentially help them.