Eagles looking to do the 'little things' in order to win 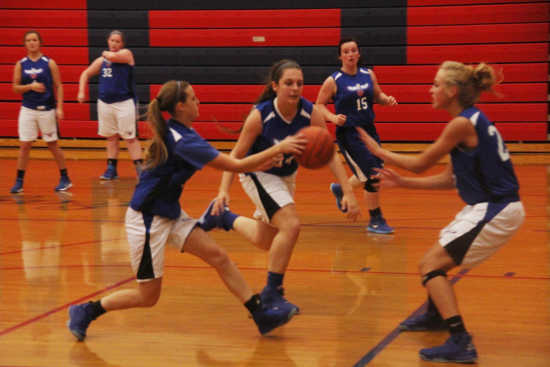 The South Putnam girls' basketball team is coming into the season with a new head coach after working all summer with Tim Garver who coached the Eagles throughout the summer tournament.

But current head coach Brian Gardner is no stranger to South Putnam and has already developed some of the continuity with the Eagle players that will be needed on the hardwood.

"It is early but the great thing about it being early is the girls that have come in," Gardner said. "They are a great group of girls that are fun to be around. They are going to play hard. From the day that they've walked in they have done every thing we have asked for." 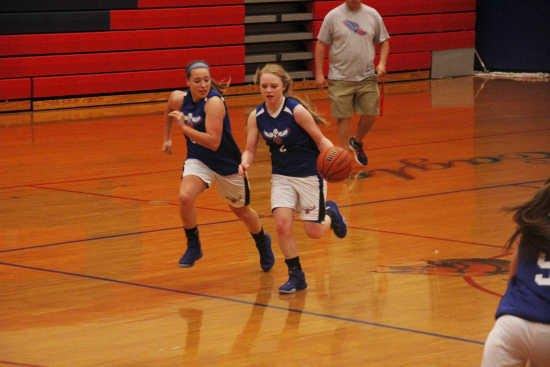 Gardner said he will be stressing to the players that the "little things" on the floor and in practice will be what sets the Eagles apart. He said his approach to the game was well-received by the South Putnam players.

"They have a funny comment here and they are coachable," Gardner said. "When you'll talk about coachable kids, when you ask them to do something they are going to be the first one there. You don't have to tell them two or three times. As a coach that's what you want."

As a coach who is dealing with new players, some who have grown familiar with changing head coaches, Gardner said it can be tougher on the players but the change has been smooth in his opinion.

"For these seniors it's the fourth coach in four years," Gardner said. "That's always hard to go through. You've got to learn terminology. You've got to do those types of things. I think that transition has been pretty good. They know me and they've been around me. They are getting to know what I expect. That's the one thing I mean by they are fun to be around. They want to do the right thing and they'll continue to work to do those things."

Gardner will step into the role that was vacated by Tim Garver who took the athletic director position at North Putnam this summer.

Garver was fundamental in establishing a younger interest in South Putnam girls' basketball and Gardner is looking forward to continuing the youth programs to ensure a reputable Eagle basketball team for the future.

"We are doing our own elementary league," Gardner said. "We've expanded upon some of the stuff that coach Garver had done. It's kind of our own league."

"Garver did a good job of starting some Indy Hoops things here and we've continued that," Gardener said. "But our elementary program is third through sixth grade and we've started that this week. We have 51 girls signed up third through fifth-graders."

The Eagle basketball program is also planning to play in a fifth and sixth-grade league at North Putnam and is participating in Indy Hoops during the fall as well as a summer league.

Gardner is a believer in uniting potential-future Eagles with the varsity squad as much as possible. Younger players this season will have to opportunity to be ball girls for the varsity by getting their names drawn out of a hat.

"For me that's about as big of a thing that you do," Gardner said. "Our (high school) girls will be a big part of it. They coach those little girls and high-five them. They get to know their names. Those younger girls come to the game and want to be like those girls. For me it's always been a big part of what I do."

Gardner reiterated his plan that Eagles this season will be working to make sure they do small things on the court that led to victory.

South Putnam isn't packed this year with a senior squad but Gardner believes his team is good shape with the seniors on the team.

"We have two," Gardner said. "Katie Hewitt is a three-sport athlete and softball is probably her best sport. But when she is on the court she does a lot of great things. She's one of those quite leaders. She works and plays by example. All the kids know. She may not be the loudest voice, but when you watch her on the floor and watch her as she is doing things. She's that leader. That's how you are supposed to act. The girls feed off how she handles her self. I'm excited to see her senior year."

The other Eagle senior is the player who is used to being at the forefront of plays in a pivotal game situation.

"Jessica Modglin is our other senior. She's a floor general," Gardner said. "She likes to have the ball in her hands. She's been that girl or one of them that might take some critical shots. She's bought in and been a part of what early success of these practices have been as a vocal leader. I'd like to see what both them can do for us and to see at the end of the year some of those goals that they've set."