The London Stage actors to perform at DPU 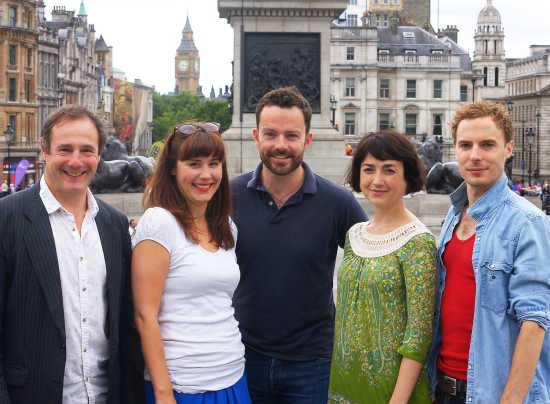 Actors from The London Stage will present "A Midsummer Night's Dream" during a Nov. 3 performance at DePauw University. (Courtesy photo)

One of the oldest established touring Shakespeare theater companies in the world, Actors From The London Stage, will perform "A Midsummer Night's Dream" at DePauw University on Tuesday, Nov. 3.

The show will begin at 7:30 p.m. in Moore Theatre in the Judson and Joyce Green Center for the Performing Arts. The performance is free and open to the public.

Actors From The London Stage is a self-directed group of five individuals. They perform Shakespeare's plays with a basic production, using minimal props, no set and the actors never leave the stage.

Each actor plays multiple roles and frequently shifts characters while on stage, offering an intriguing and often comedic effect.

Touring both in the fall and spring, AFTLS visits approximately 16-20 universities in a year, giving students and faculty a chance to experience their dynamic and enriching performing arts program.

AFTLS includes classically trained actors from prestigious companies such as the Royal Shakespeare Company, Royal National Theatre of Great Britain and Shakespeare's Globe Theatre. The actors then devote their experience to student interaction during classroom workshops and stage demonstrations.

In addition to performing the great comedy, "A Midsummer Night's Dream," the company members will visit more than a dozen classes while on campus and conduct an acting workshop for students.