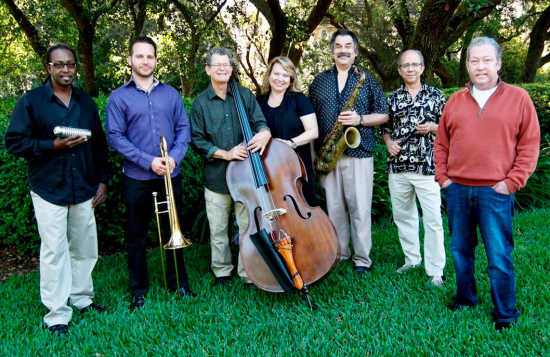 Judson Green, a 1974 DePauw University graduate who was president and CEO of NAVTEQ Corp. and chairman of Walt Disney Attractions Inc., will travel back to campus with his band, Eighth Element, to present two events on Thursday, Nov. 5.

The programs are presented as part of ArtsFest 2015 (ongoing through Nov. 8), the theme of which is "Art and Transformation."

An impressive talent as a composer, pianist and 21st-century musician, Green will infuse his love for music in a jazz-inspired concert of his original compositions at the 7:30 p.m. Green Guest Artist Concert, the annual series for which he and his wife, Joyce Taglauer Green, a 1975 graduate, are sponsors.

Earlier in the day, at 11:30 a.m., there will also be an opportunity to meet with Green in an open workshop using jazz as a platform to entertain and teach lessons on leadership, creativity and change. In the session, Green will share wisdom gained along his journey from being a DePauw student to becoming an extremely successful international business leader.

Born in Quincy, Ill., Green began studying piano at the age of four and aspired and trained through his college years to become a professional musician.

However, as often occurs, his journey took a different path, and he went on to receive an M.B.A. from the University of Chicago Booth School of Business.

Since the sale of NAVTEQ, the DePauw and Greencastle community benefactor has focused primarily on composing, playing and recording his music, which now includes four compact discs. "Morning Light," "It's Just Me, Jazmin" and "Mojito" are currently available through iTunes, CDBaby and, locally, at Eli's bookstore in downtown Greencastle.

The recordings will also be available for purchase following Thursday's performance, which Green's office reports will include a "dynamic multi-media experience."

"The sounds that emanate from a musician are but the tip of the iceberg -- such as with jazz musician Judson Green," writes Yo-Yo Ma. "The music that flows out of him cannot be separated from the inspiration behind it: Love for family and the environment. Nor can the brilliant mind that loves to solve complex problems be separated from his dedication to help young people find a path in music, all of which are inspired by the fundamental principles he found through playing jazz."

Green majored in economics with a minor in music composition and was a Rector Scholar at DePauw.

A past chairman of the DPU Board of Trustees, gifts Green and his wife have made to the university include $15 million to establish the 21st Century Musician Initiative (21CM).

The first of its kind, 21CM is a complete re-imagining of the professional music school curriculum and student experience with the aim to create flexible, entrepreneurial professionals prepared for the challenges of today's music world.