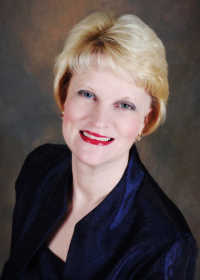 Audiences are invited to step into the world of iconic American poet Emily Dickinson Wednesday when the DePauw University School of Music transports them on a lyrical journey featuring Aaron Copland's song cycle "Twelve Poems of Emily Dickinson."

Meryl Altman, a professor of English and women's studies at DePauw, who prepared special program notes for Wednesday's performance, reports that a 1993 account estimated more than 1,600 musical settings of Dickinson's poems had been composed. Since then many more have likely been written.

"Aaron Copland's sequence stands out among the thousands," Altman observed. "It takes some time, and some seriousness, to know his Dickinson songs, because he sought and found a musical complexity to match the poet's own."

"The idea of this completely unknown girl in Massachusetts seeing herself riding off into immortality with death himself seemed like such an incredible idea," Copland commented on his Dickinson cycle in the book "Since 1943." "I was very struck by it, especially since it turned out to be true."

"I am struck," Altman continued, "by the understated self-reflexivity of Copland's settings; the martial bugle-song like tones and marching cadence of No. 2, the distant echo of Chopin's Funeral March in No. 9 and of Bach chorale in No. 10, the repeated 'could I forbid, could I forbid, could I forbid' in No. 5, which seems almost a mockery of florid operatic style as he mirrors the poet's own shifts in voice from the deceptively simple to the baroque and grand."

Copland noted at one time that he had always had an aversion to repeating himself.

"Perhaps it was in that refusal to rest within the given that Copland and Dickinson were most strongly akin," Altman concluded.

General admission tickets to Faculty Select Series performances are $5. Admission for seniors, children and all students is free.