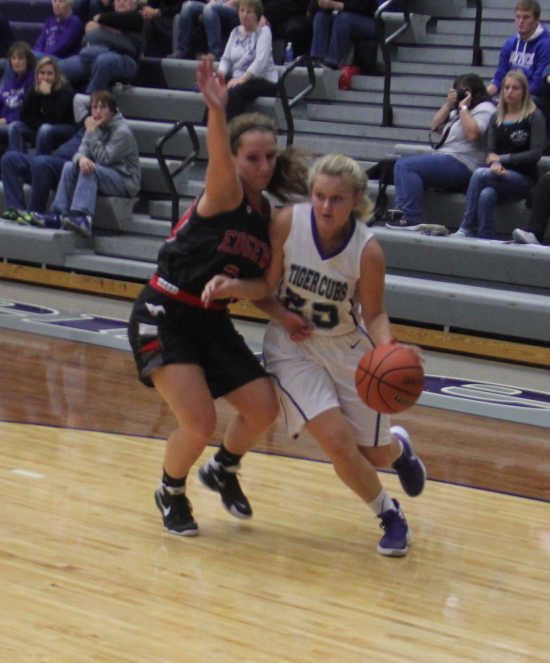 The Greencastle girls' basketball team is now 3-0 after a win at Owen Valley Tuesday. The Lady Tiger Cubs were down 21-16 at halftime but then held the Patriots to five points in each the third and fourth quarters for the 46-31 victory.

Greencastle was solid from the line shooting 78 percent with Allison White and Bragg each going 5-6 and Gracie Smith shooting 4-4 from the strike.

White was a monster on the boards grabbing 21 of the team's 34 rebounds. Burgeson led the team in steals with four. GHS will next play Saturday at 1:30 against Beech Grove.