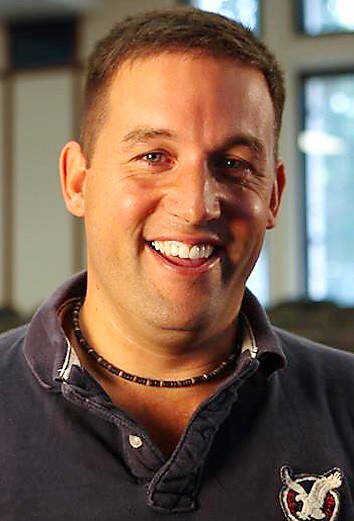 The Greencastle Defenders of Liberty will welcome John Brockman Crane as its featured speaker at the group's first meeting of 2016.

The Monday, Jan. 11 meeting, open to the public, will begin at 6:30 p.m. at the Dixie Chopper Business Center at the Putnam County Airport, 102 Ballard Lane, Greencastle. The meeting ends at 8.

"Courage when it counts" is the campaign slogan for Crane, who plans to file to appear on the May 3 Indiana primary election ballot. He will be running as a conservative alternative for State Senate District 24, which includes parts of Putnam and Hendricks counties.

Crane is the founder and CEO of the Sagamore Leadership Initiative, a leadership development organization based in Hendricks County and dedicated to "equipping next generation leaders for the good."

He is the program director of the Hoosier Leadership Series whose purpose is "educating Indiana leaders on policy and culture" through the Indiana Family Institute. Crane is an adjunct professor of communications, critical thinking and ethics at Grace College (Indianapolis campus). He is also a newspaper columnist (for multiple papers in Morgan and Hendricks counties) and a professional writer, frequent speaker and radio guest.

The Crane family consists of John, wife Jean and four young children. They reside in Avon, and are active in the Kingsway Christian Church.

A lifelong Hoosier, Crane grew up in Martinsville and who has worked and lived in Hendricks County since 2002. He is the grandson of nationally syndicated newspaper columnist Dr. George W. Crane and nephew of Rep. Phil Crane (R-Ill.) who served in the U.S. Congress and ran for president in the 1980 Republican primary.

A 1985 graduate of Taylor University with a B.A. in history and psychology, Crane went on to Trinity Graduate School and received a M.A. in communication and culture in 2001. He did a post-graduate apologetics program through Oxford University (with Ravi Zacharias International Ministries).

The Greencastle Defenders of Liberty have been meeting on the second Monday of every month for more than six years. Featured speakers are experts on government, business, history, healthcare and current events.

A question-and-answer session will follow the presentation, as well as an opportunity to meet the candidate for State Senate.