Attempting to elude trooper results in arrest of Cloverdale man

A 26-year-old Cloverdale man was arrested on drug-related charges after the car in which he was riding caught the attention of an Indian State Police officer Thursday afternoon. 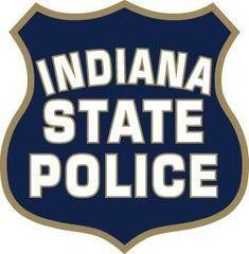 Indiana State Police at Putnamville report that at 3 p.m. Thursday, Trooper Mike Wood clocked a silver 2004 GMC SUV at 78 mph in a 55-mph zone as it went southbound on State Road 243 from Interstate 70 in southwestern Putnam County.

As Trooper Wood turned around to stop the speeding vehicle, the SUV suddenly drove into a driveway and around behind a residence at 8527 State Road 243.

There, the male passenger -- later identified as Robert T. Robbins of Cloverdale -- attempted to walk away from the vehicle, but was taken into custody by Trooper Wood.

Robbins initially provided a false name and date of birth, State Police reported, apparently in an attempt to hinder the investigation.

Upon inspection of the vehicle, troopers located approximately 25 grams of suspected marijuana in a bag. Troopers also discovered six hypodermic needles on the suspect.

Robbins, who was lodged in the Putnam County Jail, is facing felony charges of possession of hypodermic needles and identity deception, along with a misdemeanor count of possession of marijuana.

The Cloverdale man also had a Putnam County warrant on file for driving with a suspended license and leaving the scene of an accident, both misdemeanors.

Authorities said the female driver was not criminally charged.

Assisting in the investigation were ISP Sgt. Cory Robinson and Trooper Yan Dravigne.