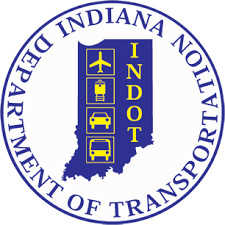 Even as the General Assembly and Gov. Mike Pence debate the best ways to fund road and bridge improvements throughout the state, transportation work continues in Indiana throughout 2016.

Putnam County residents will see this work up close this spring and summer, as State Road 240 will be closed east of Greencastle for work on the bridge in Chadd Valley.

The bridge deck overlay project will cause the closure of the road from April 1 through July 31.

The official detour will actually cut out the entirety of State Road 240, following U.S. 231 south out of Greencastle, east on U.S. 40 and north on State Road 75.

While local routes will undoubtedly be utilized, the four-month project will take away the quickest and easiest route from Greencastle's east side to Plainfield and Avon.

The $341,882 project was awarded to Duncan Robertson Inc.

State Road 240 will be closed for the majority of the summer for the second straight year. In 2015, the replacement of a culvert about five miles east of Greencastle closed the road from late May to late July.