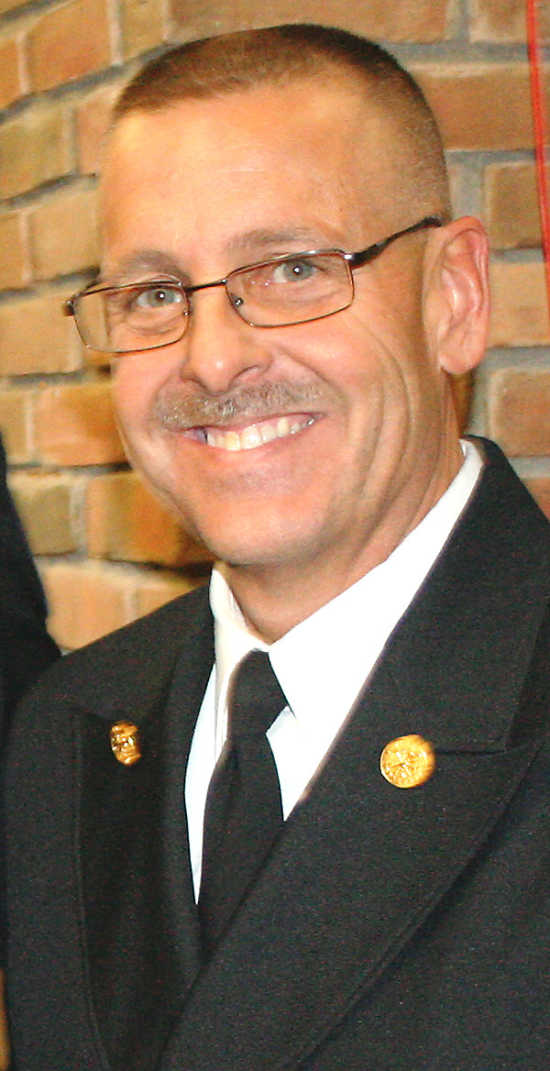 The community will have a chance to say goodbye and good luck Tuesday to longtime Greencastle Fire Chief Bill Newgent.

After 23 years as city firefighter and the last 16 as chief, Newgent's final day as an official member of the Greencastle department was Friday, Jan. 22.

Newgent is retiring from the fire department to pursue other ventures. A public reception in his honor is scheduled for 4-6 p.m. Tuesday, Jan. 26 at the firehouse

New Mayor Bill Dory has already sworn in John Burgess, the former assistant fire chief, as Newgent's successor. That occurred during a ceremony at the outset of the first City Council meeting of 2016.

Burgess, who celebrated 20 years with GFD in November, told city officials Newgent plans to stay on as a fire department reserve and will continue to serve as a liaison to the district team.

Tuesday's reception is considered a chance "to thank Newgent properly for all his years of terrific service."