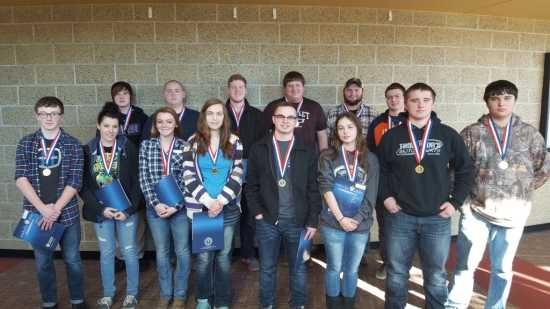 Eleven Area 30 students will be making their way to Indianapolis in April after placing in the top three at the regional Skills USA competition recently.

In addition to a chance at winning state, students placing in the top three of their category will also receive scholarship awards in the amount of $1,500 for first place, $1,000 for second place and $500 for third place. At the regional competition, students were required to demonstrate their skills in both written and practical tests. 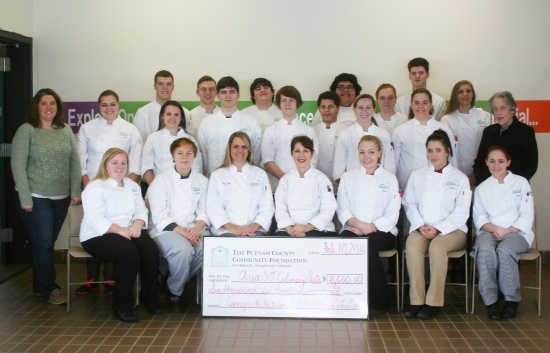 -- Twenty CNA and EMT students and three instructors will also be going to Indianapolis in April to compete in the Health Occupations Students of America competition.

-- The board unanimously approved a $6,600 donation from 100 Women Who Care to the Area 30 Culinary Arts program. Instructor Mary Anne Birt spoke on behalf of Area 30 at the February meeting of 100 Women, and was succesful in securing funds that she says will be used to buy induction heating equipment, maintain an herb garden and provide funds for competitions and scholarships.

-- The board unanimously approved the 2016-17 school calendar.

-- The board unanimously approved the addition of Networking II Servers, a Microsoft server certification program, to the program inventory.

-- The board unanimously approved the Teacher Performance Grant totaling more than $12,000, which will provide performance pay for "effective" and "highly effective" teachers.

-- Director Lora Busch presented the current adult education policy, which states, among other things, that while the school will not offer adult education to people convicted of violent crimes or crimes related to children, they will refer prospective students to programs unaffiliated with Area 30.

-- The board unanimously approved a grant from the Department of Workforce Development totaling a little more than $144,000 for the Adult Education program. At its current funding, the grant is $5,000 less than last year's funds.

The next board meeting will be held Tuesday, March 8 at 9 a.m.