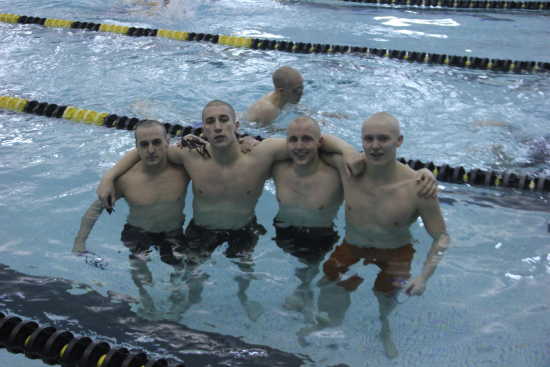 AVON -- The North Putnam boys' swim team took fifth place in the IHSAA Sectional at Avon with 173, but the Cougars also saw four school records fall Saturday in what ended up being a great day for local swimmers.

Avon won the sectional with 528.5, Terre Haute North was a distant second with 275, Terre Haute South earned third place, scoring 272.5 and Plainfield was fourth with 253.

Greencastle took seventh with 118 and more than half of the Tiger Shark team recorded personal bests. South Putnam earned eighth place with 102. The Eagles will be losing some big talent and big personalities but have faces on the horizon according to SPHS coach Anna Kendall. 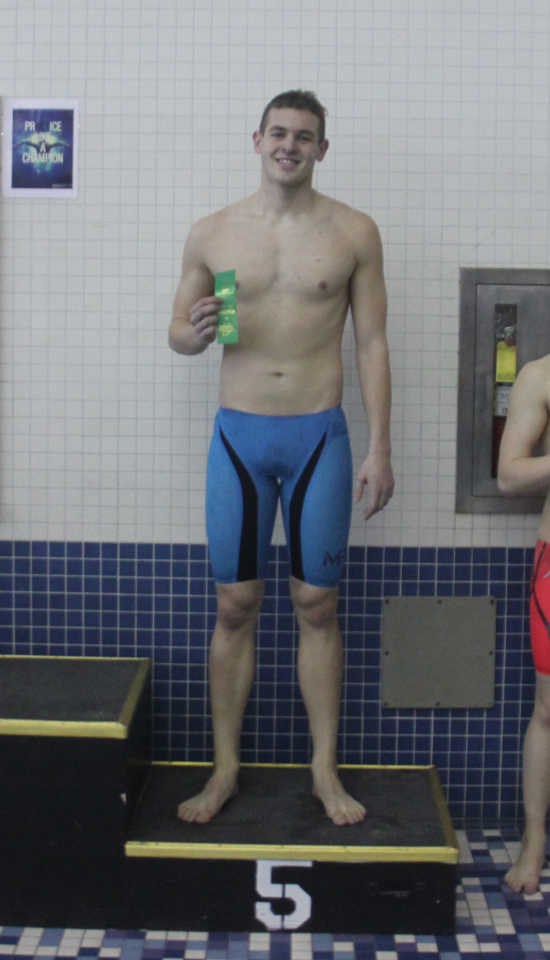 "It was a fun team to coach," North Putnam swim coach Josh Willer said. "My boys' team was very energetic. They were a fun team and very easy to coach. I'm inheriting a great team. We are very deep. We had seven seniors this year. So I'm losing a bunch of seniors." 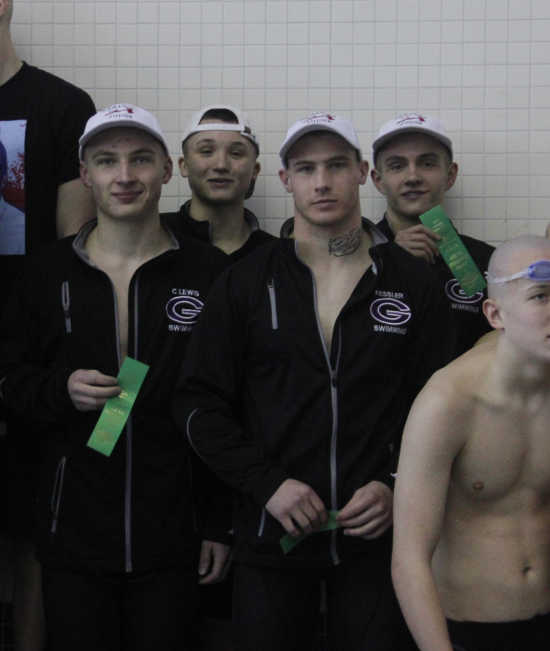 Davis will be welcomed back next year on a North Putnam team that thrived with the senior leadership this season. The Cougars will also be glad to see junior Kavyn Timm return after his third-place ribbon in the one-meter diving. NPHS finished the season as county champs and took third in the WIC.

The Cougars' fifth-place finish in the sectional was the highest of any 2A school.

"We came back and beat the two schools that beat us at conference so that was exciting," Willer said. "It was a good motivator for us. We had 100 percent lifetime best swims. That's awesome to see. The kids did a really good job of working hard."

Greencastle's team has enjoyed a lot of regular season success, winning the conference, however GHS has not let that deter them from becoming better individual swimmers. At the prelims on Thursday, the Tiger Sharks had 30 of their 35 swimmers record lifetime personal bests and Saturday the times continued to fall.

"There was not a glitch in the program today," Tiger Shark coach Kent Menzel said. "Everybody swam well and recorded several more lifetime bests, even faster than they swam the other night. It was a really strong meet for us, capping off a great year."

Menzel said that no one swimmer worked harder than Kessler this weekend.

"His effort in that relay to close out the meet was incredible. His swims in the fly and the 50 were outstanding and his split in the 200-freestlye relay was good as well. It's so difficult to say goodbye to team leaders but Jacob's effort just showed us how much he loves his team and how much he wants to help move them into the future"

Menzel said this season was a springboard into future seasons and laid the ground work for what GHS wanted to do next year.

Also looking forward to a positive season next year is South Putnam which must move forward without Zach Rayce and Dylan Watson, two big parts of the senior class.

"We'll miss Dylan Watson's optimism and spirit," Kendall said. "Zach was a daily example of what it means to be focused and continually working to be better in the pool. That said, we have an amazing group of underclassmen who were big contributors in this meet and will be a fantastic foundation for the program as we head into the next few years. This was only Steven Reed's second year but he really embraced the sport this season, which was great to see."