The latest chapter in the story of downtown Greencastle's renaissance is about to take shape. A project planned to bring a new dining concept to the city, pledges to offer "high-quality, casual food in a comfortable and memorable atmosphere" as well as 24 beers on tap.

The name of the restaurant, Tap House 24, draws from that latter fact, as well as its location at 24 Indiana St., just south of Greencastle's historic courthouse square and two blocks north of the DePauw University campus.

With the passage of Resolution 2016-2, the Greencastle City Council this week endorsed the new Downtown Alcoholic Beverage Commission's approval of a three-way pernit for the craft beer, cocktails and creative cuisine establishment (aka "gastro pub") scheduled to open by early June. 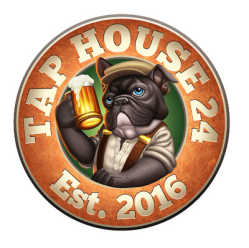 City Councilman Tyler Wade made the motion for approval, which was seconded by David Murray, and approved unanimously.

The $1 million project was facilitated by Browning. That entity and architecture, design and planning firm Ratio, recently studied the landscape of physical and cultural assets between DePauw and the City of Greencastle. New restaurant concepts like Tap House 24 have been identified as one opportunity for economic and cultural development in the immediate area that leverages recent infrastructure investment in Greencastle.

"Tap House 24 demonstrates a shared vision to amplify the vibrancy of the Greencastle community for residents, parents, faculty, staff and regional visitors," said John Hirschman, president and CEO of Browning.

Tap House 24 will be owned and operated by Indianapolis-based Dora Hotel Co. The new restaurant will feature a contemporary industrialized design, paired with a comfortable and relaxed, come-as-you-are atmosphere.

The facade will feature a "hometown" feel reminiscent of the city's earlier days, with humble materials such as exposed brick, reclaimed wood and garage door windows to blend the outdoors with the interior during the warmer months.

"We want our guests to feel like our family," said Ashley Dora, vice president of operations for Dora Hotel Co. "Tap House 24 is a place for the entire community to gather for memorable meals and an array of unique beers in a setting that is perfect for everything from an after-work get-together to a family dinner. The teamwork of Browning, the City of Greencastle and DePauw have made this possible."

The new restaurant is expected to bring more than two dozen new jobs to Greencastle and is the latest chapter in what is a compelling economic development story for a small Indiana city.

A state Stellar Grant received by Greencastle in March 2011 helped revitalize the courthouse square and central business district with streetscape improvements and facade renovations. In September 2012, a new Starbucks and bookstore opened downtown. The increase in commerce in the area led Gail Smith, owner of local restaurant Almost Home, to recently upgrade her kitchen to meet customer demand.

"These are exciting times for Greencastle," Mayor Bill Dory said. "The pieces are in place for our city to become a dining and shopping destination for people in the region and the addition of Tap House 24 to our roster of restaurants is an important step forward as we work to put new polish on the jewel that is our historic downtown." 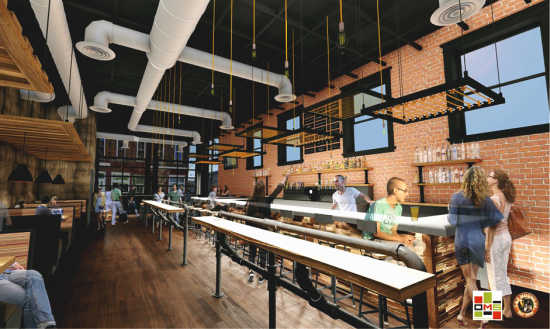 Data compiled by the Greencastle/Putnam County Development Center has determined that within a 20-mile radius of Greencastle there is more than $19 million of unmet annual demand for full-service dining.

A merchant void analysis conducted by Browning and Ratio indicated that the combined consumer demand from Putnam County residents, Greencastle visitors, and students, faculty, staff and parents affiliated with DePauw could support additional restaurants in the city center.

"Adding Tap House 24 to a local lineup that already includes Almost Home, Myers' Market and others increases the ability of our community to draw people from outside of the market," notes Bruce Clute, DePauw director of collaborative community initiatives and auxiliary services. "DePauw will continue to work with city leaders and others to attract additional businesses to the square and adjacent areas. Our aim, working together, is to create a compelling mix of eateries and shops that will provide additional options and jobs for local residents and also draw people to Greencastle as a regional destination."

No stranger to the Greencastle community, Dora Hotel Co. has operated the Inn at DePauw since July 2010 and worked to increase campus and community bonds through a venue that hosts local weddings and other events as well as Rotary and Kiwanis meetings. Tap House 24 will bring to downtown a concept of creative cuisine and craft beers in a setting termed unique and inviting.

"This will be quite different than the experience at the Inn's Fluttering Duck," Ashley Dora notes. "We're excited to welcome our first guests in a few short months and to be part of a downtown that is definitely on the move."