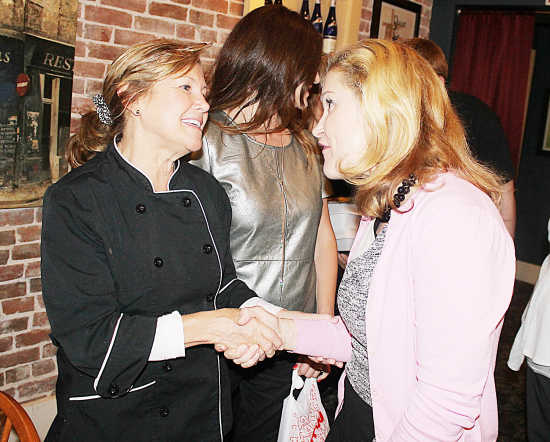 When Gail Smith co-founded Almost Home tea room 26 years ago, it had nothing to do with politics.

The years have passed and many things have changed -- Almost Home is now a full-fledged restaurant with the Swizzle Stick bar adjoining -- but it still has nothing to do with politics.

And yet lately, the number of politicians who've made a campaign stop at the downtown Greencastle eatery seems to be on the rise.

Smith has some ideas about what draws them in, but it isn't her political views, as she draws from both sides of the aisle.

Speaking to Heidi Cruz, wife of presidential candidate Ted Cruz, Smith had one idea of what brings them in.

"We're just a place for hospitality and so glad to be a part of it," Smith told Cruz.

Smith said location -- downtown, right across from the courthouse -- doesn't hurt either.

As for drawing a variety of politicians, Smith credits a couple of key friends.

Indeed, having allies in Republican Secretary of State Lawson, also a longtime state senator from Danville, and former Democrat State Rep. Crosby of Roachdale doesn't hurt for spreading the word in political circles.

In the end, after more than a quarter-century, Almost Home has become what it strives to be, a lot like home.

"It's comfortable. People are familiar with Almost Home," Smith said.