Lawrence Charles Elam Sr., 80, of Sun City, Ariz, formerly of Greencastle, and St. Charles Mo., quietly passed away with his family around him, on Tuesday, May 3, 2016. 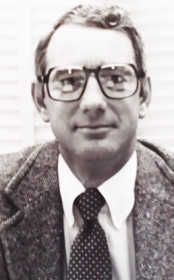 Larry graduated from Honey Creek High School, Terre Haute, in 1952. He then received his Bachelor of Science from Indiana State University in 1961 and his Masters of Business Administration from Lindenwood College, St. Charles, Mo., in 1984.

Larry worked for the Indiana State Board of Accounts, was vice president of finance for DePauw University; was vice president of Lindenwood College; director of finance and business for the University of Maryland, Asian Division; chief financial officer (CFO) for Bethel, Alaska, and retired as the CFO for the Yukon Kuskokwim Health Corp., Bethel, Alaska.

Larry and Jane retired to Sun City, Ariz., in 2005, where he enjoyed many years of golfing with his "Bandits" golfing buddies, and with other leagues. He also bowled in the Tuesday night men's bowling league at Bell Recreation Center.

Larry led a very active social life and he had jokes for all occasions.

Larry was initiated into the Elks in 1963 in Terre Haute, and was an active member of the Sun City lodge.