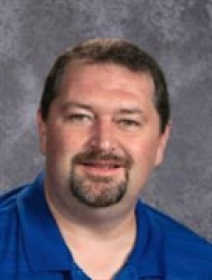 Greenlee is leaving Greencastle after 15 seasons as head coach, compiling an overall record of 150-191. And he's taking wife Becky, a popular Greencastle Community School Corporation guidance counselor, with him.

The highlight of Greenlee's tenure at Greencastle was the 2003-04 season, in which the Tiger Cubs posted a 17-8 record and won the sectional championship.

A South Putnam High School graduate, Greenlee went on to star at DePauw University where he was a starter on the 1990 NCAA Division III national runner-up basketball team.

The WRV position came open when the school moved Jimmy Beasley, who was a former GHS basketball assistant under Greenlee, into a position as middle school principal/boys' varsity basketball coach.

Following the announcement Monday night in Greene County, GHS Athletic Director Greg Hill issued a statement saying, "Coach Greenlee has tendered his resignation as the head basketball coach to the Greencastle school administration. We wish Troy and Becky the very best in their new positions within the White River Valley School Corporation."

"I will be forever grateful for the leadership and encouragement I have received from the Greencastle School Corporation, and the support I have enjoyed from this community throughout the years I have been a member of the Greencastle family."

"Coach Greenlee has given countless hours of time and effort to building the GHS basketball program and we are grateful for his many contributions," GHS AD Hill added.

Greenlee's letter of resignation will be presented to the Greencastle School Board for action at an upcoming meeting.

Meanwhile, Becky Greenlee was appointed as the West River Valley elementary and middle school guidance counselor. Board member Joe Decker said WRV is fortunate to have her.

"We've been doing a lot of interviewing and to find a guidance counselor with her experience is pretty much unheard of," Decker said at Monday night's meeting at Switz City. "She just happened to come along at the right time."

Mrs. Greenlee has 20 years of counseling experience and was named Putnam County Co-Educator of the Year by the Mental Health Association in 2009 and received the Bessie Rector Prevention of Child Abuse Award from the same organization in 2011.

"I have so many things in my mind that I want to do that Jimmy and (elementary school principal) Jill (Staggs) are likely going to have to slow me down," Mrs. Greenlee said. "I look forward to the challenge."

The decisions to hire the Greenlees at WRV were both unanimous votes by the school board.