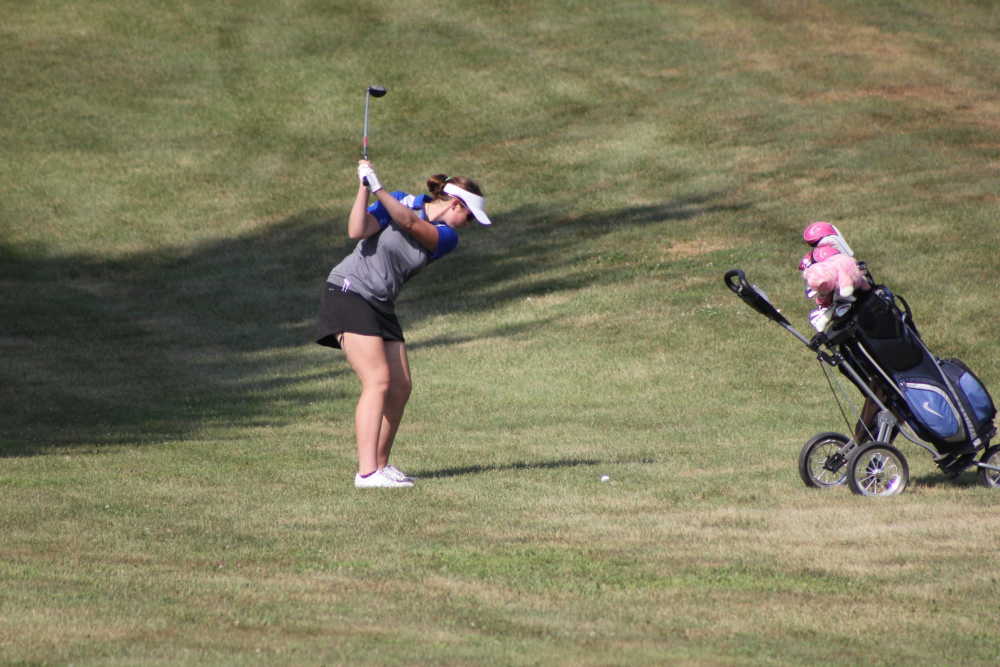 Alicia Haywood of South Putnam shoots for the green during Thursday's match against North Montgomery. 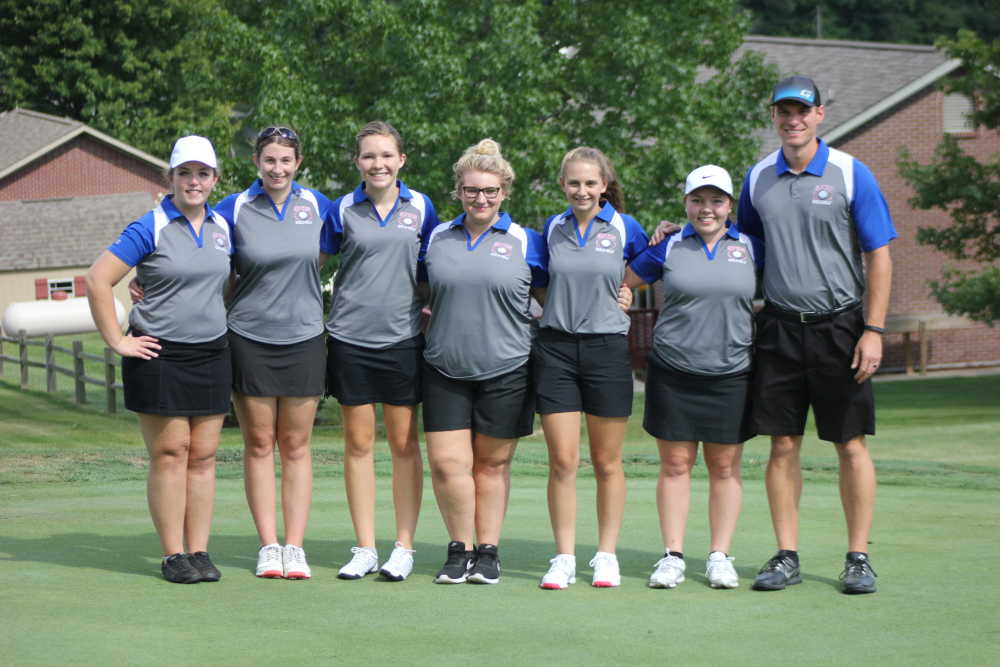 The Chargers won by a 209-242 margin, led by Alicia Haywood with a 49. Kristi Wood and Anna Carrington followed with 64s, while Reagan Ladd had a 65, Leighla Hazlett shot a 71 and Kate McCammack scored a 72.

"While the Lady Eagles did not come home with a victory, they showed good signs of a promising season," he said. "Alicia, Kristi and Anna all have experience playing, and I know each of them is bound to improve as the season moves on."

Metz also noted that Ladd, Hazlett and McCammack all played in their first golf meet ever on Thursday night.

"All of the girls were a little nervous ,and it showed the first couple holes. However, once they got into the meet a little more, their nervousness went away and I could see improvement as the night went on."

The Eagles will meet county foe Cloverdale on Monday at Clover Meadows.

* Dixon co-medalist for Cougars -- The NPHS girl's golf team will be playing short handed this season with only three players, and on occasion, playing only two.

Returning juniors Taylor Dixon and Emily Eltz are joined by freshman Abby Simmerman, who played in middle school and comes to the team with a lot of golf experience.

Due to not having enough players, North Putnam did not have a team score in its match against Cascade on Thursday.

Dixon shot a 50 for co-medalist honors, while Eltz had a 53 for the third-lowest score.

"This is a great improvement from their first meet on Monday at Windy Hill," NP coach Linda Patrick said. "The closest Cascade score was a 54. Cascade shot a 214 as a team."

Patrick still sees other areas of improvement necessary despite the good scores.

"Although the individual scores were less, the team still needs to make improvements in their short game, especially putts," she said.

The Cougars will host Northview on Monday.