Tony Meyer says 'it is possible' to turn Clovers around 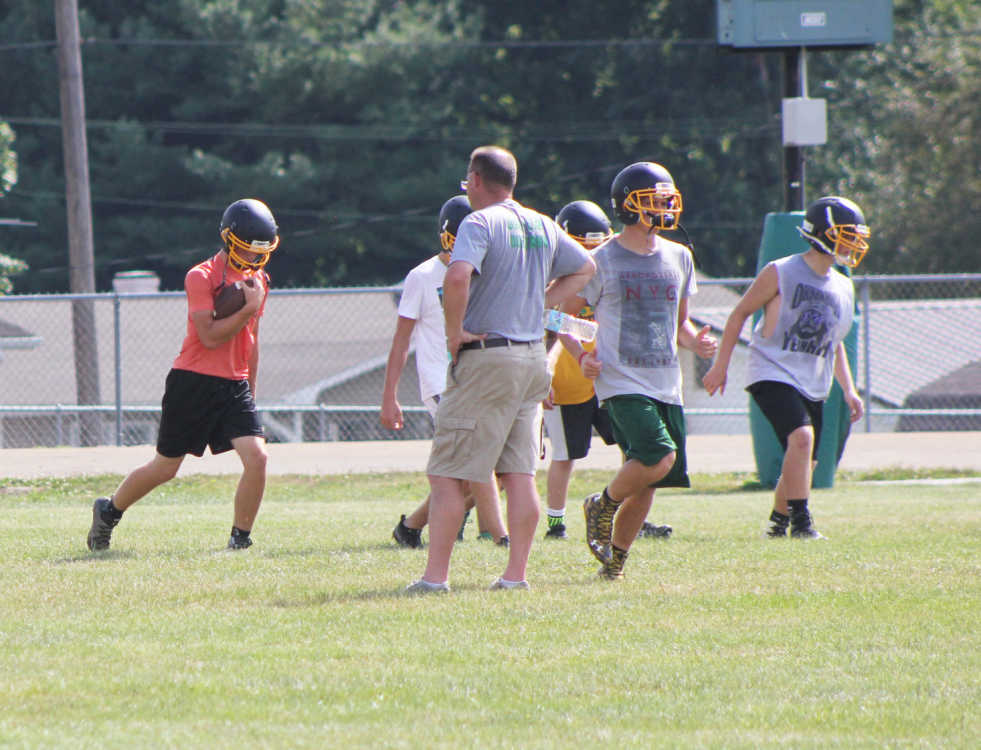 Change may not be immediate, but is on horizon

CLOVERDALE -- When Tony Meyer accepted the varsity football head coaching position at Cloverdale in the summer of 2015, he knew the situation he was entering.

The historical numbers going into his first season last fall were plain ugly: 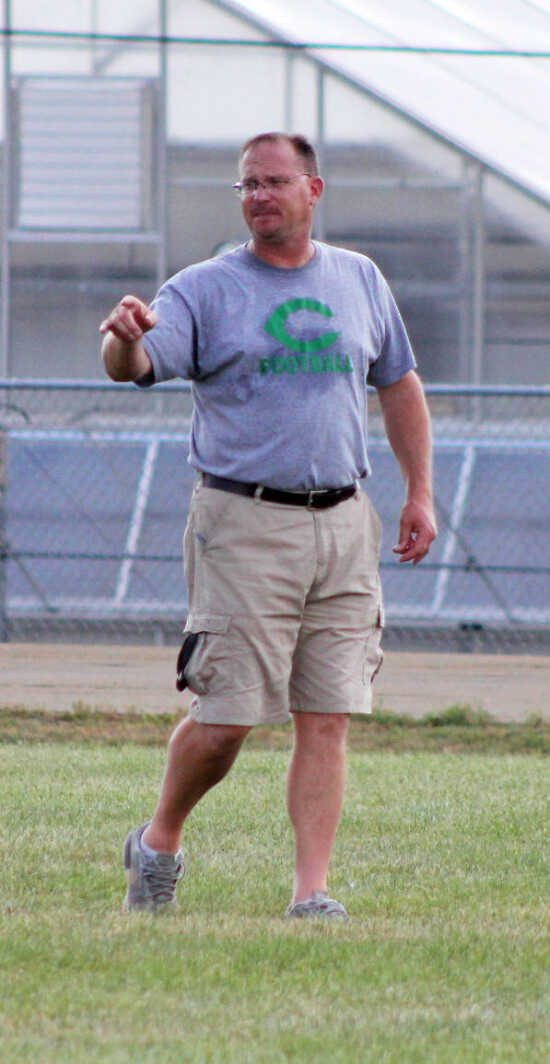 Tony Meyer is confident that he can turn around the Cloverdale football program with the help of USA Football.

* The program's last winning season was a 7-3 mark in 1996, before any of the players he inherited had even been born; and

* Just two sectional wins in the previous eight years (both over Riverton Parke, a program with an equal level of futility).

Meyer's first season at the helm was more of the same. The Clovers lost all 10 games on the field last fall, allowing more than 48 points per game, but were awarded a forfeit victory after a loss to Brown County when a clerical error arose involving a transfer student.

Yet Meyer remains positive going into his second season opener on Friday against South Putnam, and so do his players.

"I've never seen anything like it," Meyer said of his team's work ethic. "They show up early, and by the time I get to the field the opening drills are already set up. Every one of them shows up and shows up to play."

Meyer said the players are buying into his program, and they know that a turnaround is not going to happen immediately.

"They get that it's a building process," he said. "Too many people dismiss Cloverdale for whatever reason. If people approach us based upon last year's performance, we will shock them. We are better offensively and better defensively."

Exploring this year's depth chart and roster indicates that most of the team's key performers are only juniors, and while improvement is hard to avoid this year it seems the best fruits of their labor will come in 2017.

The big question is -- can this program be turned around?

"It is possible to turn it around," he said, citing tremendous support from administration, school maintenance staff and local vendors such as Endeavor Communications. "I don't think it's an overnight turnaround."

One thing that Meyer has established as a foundation of his program is following the lead of USA Football, an organization which works with the National Football League and the Centers for Disease Control and Prevention to establish a set of practice drills and tackling techniques designed to both make the game safer for its participants and also to slow a tide of nationwide parental skepticism on the sport.

On its website, USA Football says that coach members "get the tools, resources and certified education to help make football better and safer."

Besides the safety aspect, Meyer has seen improvement in the skill level of his players from the program.

"We have gone to USA Football with heads-up tackling, and we start every practice with those drills," Meyer said. "It's a commitment of 25 minutes every practice, and it's paid dividends. Our tackling is better, in the right form, which happens when you teach it correctly and harp on it."

Meyer isn't sure the program will ever become a state requirement -- "it's up to each coach," he said -- and wasn't sold himself when the idea originally came up.

"Having watched it from day one and the difference it's made, it's impressive," he said. "I've got a great coaching staff, who are all certified with USA Football. It's a commitment they've made -- even our middle school coaches are USA Football certified."

Meyer has also been able to institute a common strategy that is visible in the state's most consistently successful programs.

"For the first time in a long time, our middle school teams are running what the high school runs," he said. "The same terminology, same everything.

"The coaches are all on board, and they all want to make it a program," Meyer added. "It makes for a very enjoyable work experience.

Meyer is also excited about a growth in his feeder system that bodes well for the future improvements he expects to see.

"We have a huge group of eighth-graders this year," he said. "Next year they will already know the playbook.

"If everyone sticks to the plan, we will turn it around," Meyer added. "You may not see it in wins and losses this year -- but next year we could have something really special going on."