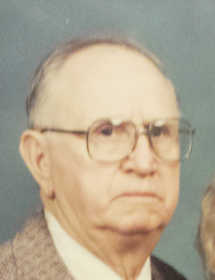 He married Lenora Maynard in 1948 and she survives.

Dwight had worked for Consolidated Freightway as an OTR Trucker. He was a member of the Teamsters Local 135.

He served in the US Navy during World War II.

His hobbies included auto racing, in particular Formula One Racing.

His parents and daughter Marlene Melow preceded him in death.

There will be a memorial service at 2 p.m. Saturday, Sept. 17 at his home.