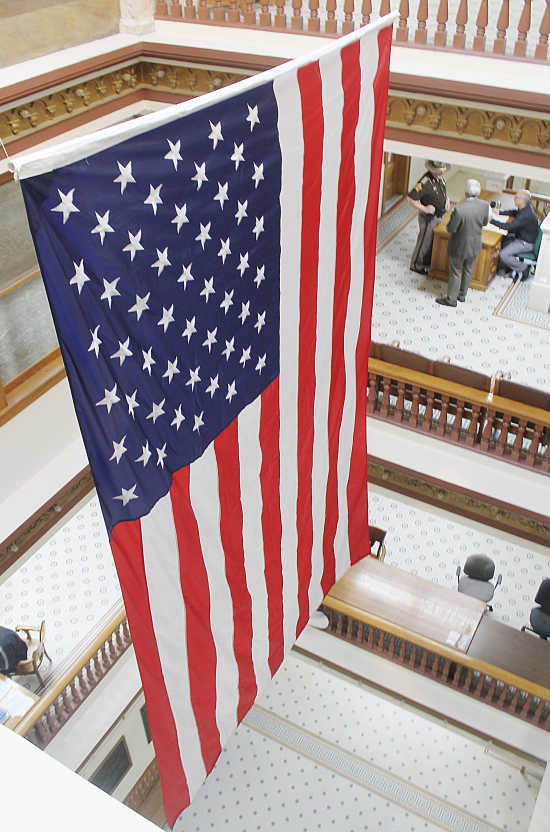 At 10 feet by 15 feet, a new flag hanging above the rotunda of the Putnam County Courthouse has drastically changed the view inside the historic building.
Banner Graphic/JARED JERNAGAN

Early voters doing their civic duty at the Putnam County Courthouse are getting a patriotic surprise this election season — a large American flag hanging from the fourth floor above the courthouse rotunda.

At 10 feet by 15 feet, the flag has certainly become a conversation piece in the courthouse as well as a sight to behold at particular times of day as light comes through the transparent dome on top of the courthouse.

Installing the flag was the brainchild of courthouse head custodian Brian Smith.

With exterior stone work planned (and currently being performed) this year at the courthouse, the money normally budgeted for planting flowers went unspent.

Rather than let the fund lie dormant, Smith purchased the flag as a more lasting form of courthouse beautification.

“I feel like with all the unpatriotic things going on in the country, that was a good thing to do,” Smith said.

Besides honoring the country and adding to the courthouse, the flag also has a more personal meaning for Smith, who said he is trying to honor his late father Paul Smith, a World War II veteran and longtime Bainbridge resident.

Paul Smith served as a fighter pilot and spent time as a prisoner of war. Brian hoped he could do something to honor his dad and other veterans.

“Dad loved the American flag and he’d stand up to anybody putting it down, any day of the week,” Smith said. “I did it in honor of him too.”

Smith has been asked if he installed the flag because of the approach of the upcoming election but that is not the case. He plans to keep it there longer term, although it may have to be removed during the holiday season for the Christmas tree light display in the center of the courthouse.

Between courthouse employees and citizens, the response to the new flag has been overwhelmingly positive.

“I haven’t heard anything but wonderful comments,” Smith said. 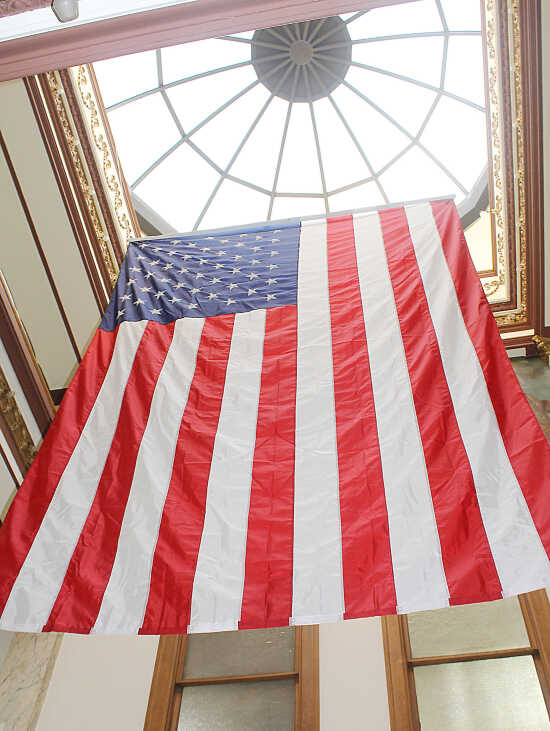