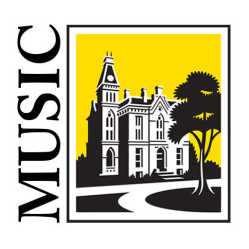 Jazz at the Duck: Tad Robinson

The Inn at DePauw, The Fluttering Duck

Greencastle's own blues legend Tad Robinson brings his incredible crew of musicians to The Duck for a great evening of blues and soul. This show is always a favorite! "Without question," Roger Gatchet writes for Living Blues, "Robinson has joined the ranks of those who continue to set the standard for contemporary soul-blues today."

A rare combination of supreme artistry and physical endurance, since Kodo's debut at the Berlin Festival in 1981, the group has given more than 5,800 performances in 49 countries on five continents, exploring the limitless sonic possibilities of the Japanese drum, the taiko. This production of Dadan, part of Kodo's 35th Anniversary celebrations and its first North American tour, will be the only performance in Indiana. Allow yourself to be immersed in this mesmerizing 2,000-year old tradition -- as old as Japan itself and as much pure, physical athleticism as it is a form of musical entertainment. Presented through support from DePauw's Asian Studies Department.