A Putnam Circuit Court jury took a little more than an hour Wednesday afternoon to convict a 65-year-old Greencastle man on eight counts of child molestation.

Michael M. Nussbaum was convicted on all counts of Class A felony child molestation by the jury of eight men and four women. 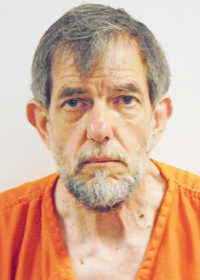 With Class A felonies punishable by 20-50 years in prison, Nussbaum could be facing as much as 400 years in prison should Judge Matthew Headley impose the maximum time during a sentencing hearing at 11 a.m. March 23.

During three days of court proceedings, the jury heard testimony from three female victims, each of whom was under the age of eight when the incidents took place between Jan. 1, 2006 and Aug. 3, 2012 while the girls were in the care of his wife's non-licensed in-home daycare operation near Brick Chapel. His wife no longer operates the daycare.

Putnam County Prosecutor Timothy Bookwalter, pleased with the jury returning a guilty verdict after an hour and 10 minutes, called it "a difficult case to try."

"You had three kids, all very young, with a large period of time having gone by. It was like trying three separate child-molesting cases," the prosecutor said.

And so horrific were the facts and details of the case that one of the male jurors asked the judge for a trash can to put between his feet for fear he would get sick during the testimony.

The defense suggested the victims were lying and made up their stories and put Nussbaum on the stand to say as much.

The prosecution stressed that the victims provided "incredible detail" in telling their stories at least three separate times to investigators, making it "unbelievable to think those kids could have made it up," Bookwalter said.

Defense attorney Joel Wieneke argued that the witnesses had been contaminated by talking about the case with their parents.

During closing arguments, Bookwalter suggested "the only thing that was contaminated was the virtue of three little girls."

Nussbaum told the court he never had access to the children. However, the prosecution provided several witnesses who suggested otherwise.

The defendant also testified that because of back problems, he would have been physically unable to do the things the prosecution suggested he did.

The case also featured a large technological element, Bookwalter noted, praising Kari Plessinger of his staff for putting in about 300 hours getting the case ready from a technological standpoint so that the jury could see and hear recorded witness statements.

But the real credit, the prosecutor said, goes to the young victims.

"Those girls are courageous young ladies," he said. "Hopefully this all will heal and they can have a normal life."

The Nussbaum case is one of the inquiries for which Prosecutor Bookwalter called for a grand jury in January 2015.

The case began to unfold on May 19, 2014 when Indiana State Police Trooper Michael Taylor initiated an investigation of one girl's allegations against Nussbaum after a call from Putnam County Child Services.

Prosecutor's Office Investigator David Meadows then separately initiated investigations of allegations by the other two girls.

All three girls were at some point interviewed by child forensic interviewers at Susie's Place Child Advocacy Center in Avon.

On July 18, 2014, a team of Indiana State Police troopers, including detectives and one crime scene investigator, served a search warrant on the Nussbaum home.

Charges were filed in Putnam Circuit Court on June 2, 2015.