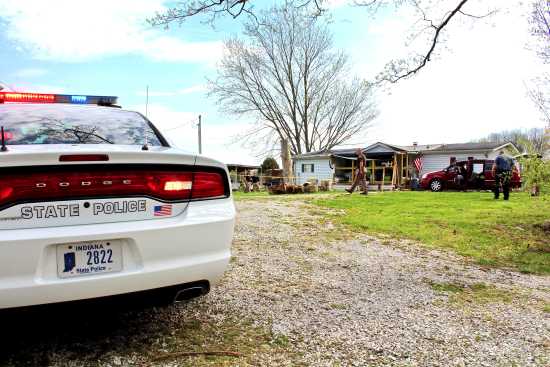 Authorities investigate the scene of a possible shooting Thursday afternoon at 7207 N. County Road 600 East near Groveland. The victim was airlifted from the scene shortly before detectives from the Putnam County Sheriff’s Department arrived.
Banner Graphic/NICK WILSON
Order this photo

GROVELAND — A woman was airlifted to Indianapolis Thursday following a late-afternoon shooting that police continue to investigate.

At around 3:40 p.m., police and medical personnel were dispatched to 7207 N. CR 600 East on a reported gunshot wound to the abdomen.

With the Putnam County Sheriff’s Department leading the investigation, Indiana State Police as well as officers from the nearby Bainbridge and Roachdale police departments all responded.

With one responder calling the shooting “intentional, not accidental,” authorities began searching for a suspect, who the victim reported to have fled the scene in a small, white passenger car.

The direction of travel was unknown.

He was described only as a white male with a beard, wearing a green shirt and black gloves.

As of press time, no suspect had been located or apprehended. 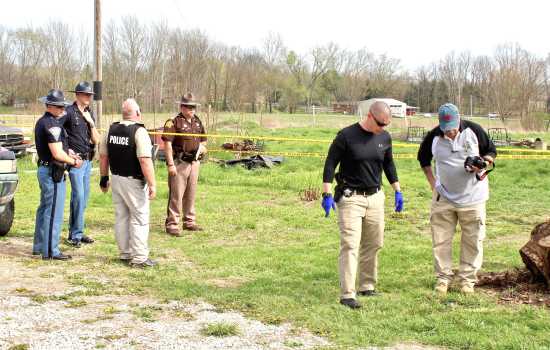 Meanwhile, Operation Life responded to the scene for treatment of the victim’s injuries.

A helicopter was soon called to the scene to transport the victim to an Indianapolis hospital.

The exact nature and extent of her injuries was not known at press time.

The scene of the shooting is a small modular home just north of U.S. 36 on the east side of the road.

The shooting allegedly occurred in the front yard.