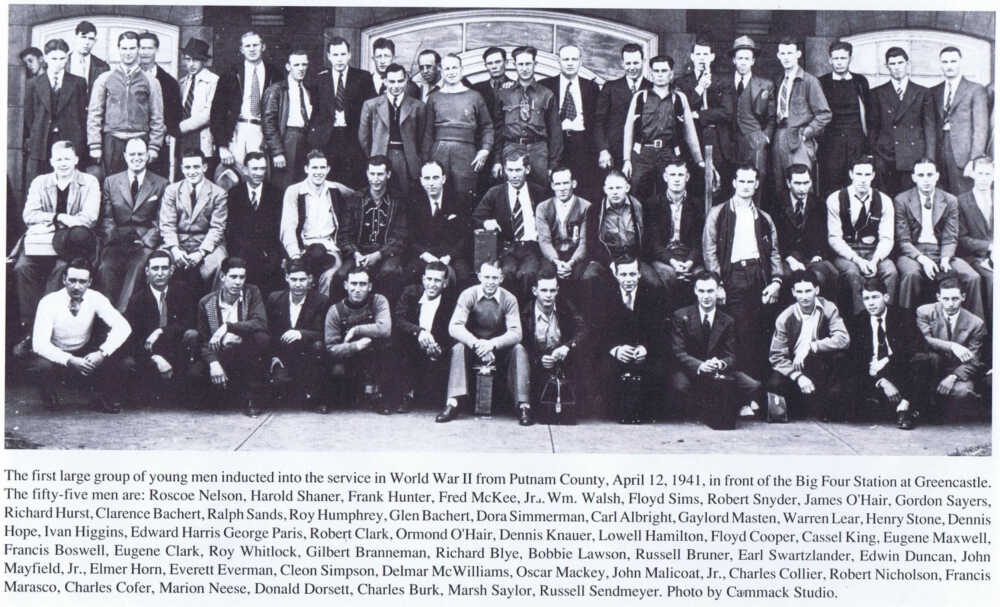 Photo and caption as it appeared in the newspaper in 1941.

In the fall of 2016, the Putnam County Museum sent out a call for veterans' keepsakes and stories for a possible Veterans Day exhibit.

An overwhelming and generous response from past and present members of the Armed Forces meant that a proposed opening for the holiday came and went. The resulting exhibit, "A Salute to Veterans," grew from this collaboration between the museum and those veterans who shared their personal accounts and special artifacts.

To show appreciation for their response, the museum will host an open house to thank Putnam County veterans on Saturday, May 6 from 10 a.m. to 2 p.m.

Richard Brown, vice commander of the American Legion Department of Indiana, will be in attendance, along with many of the people who donated time and reminiscences for this exhibit.

The event is free and open to the public.

The Putnam County Museum is located at 1105 N. Jackson in Greencastle. For more information, persons may call the museum at 653-8419.