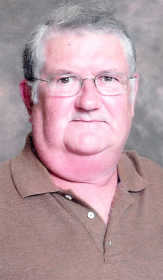 Born June 13, 1942 in Greencastle to Russell Edward "Ed" and Bertha Terry Scobee, he was raised by his father and stepmother, Verna June Martin Scobee.

He was a 1961 graduate of Bainbridge High School.

He married Marsha Ann Hayes on Oct. 20, 1974 at the Woodland Heights Christian Church in Crawfordsville.

Stanley served four years in the U.S. Navy on the destroyer USS Camp during the Vietnam War as a SFP2 (ship fitter pipe).

He had worked at Century Concrete in Morton, Ball Brothers in Greencastle, Scobee Well Drilling, as a part-time farmer, and at RR Donnelley, Crawfordsville, retiring after 36 years.

Stan loved spending time with his family and cooking. He enjoyed traveling, hunting, fishing and gardening.

He is survived by his wife, Marsha; daughters, Loree (Scott) Dulin of Coal City and Jamee Scobee of Brownsburg; a half-sister, Janet Updike and her companion, Greg Fawcett of Traverse City, Mich.; and grandson, David Stanley Dulin.

He was preceded in death by his parents and stepmother.

The family will receive friends from 11 a.m. to 2 p.m. on Saturday, May 13 at Hopkins-Rector Funeral Home, Greencastle.

An inurnment with military honors will be held at the Clinton Falls Cemetery at a later date.

Memorial contributions may be made in Stan's memory to the Humane Society of Putnam County, P.O. Box 444, Greencastle, IN 46135.